It's what we all want.  Right?  But if you end up with nothing was there ever a possibility of such a good deal?

Not a rhetorical question but a real life situation that happened recently.  I had a very lovely home I listed that was priced perfectly for the market timing and was in superb condition.  Not surprisingly it attracted a lot of attention and then multiple offers from buyers.  I held this home open for many hours and talked with most every buyer who presented an offer on this house so I got very familiar with their needs and how they might eventually use the home.

One family in particular caught my attention.  While most other serious buyers had excellent buyer agents this family comprised of a lawyer, his wife and three children had no buyer's agent.  They did have a fairly high need of new housing since they were in more cramped quarters currently.   They were in the house a number of times, measuring to see if furniture would fit and in general falling in love with a house.  Kinda what happens!

After only a few days on market I received the first of an eventual 6 offers on the property.  Duly notified all agents that offers were being registered and that we'd review on the following Sunday when sellers were in town.  The lawyer with no agent decided to write a contract himself with a real estate attorney helping to get the forms correctly done.

All offers were reviewed on Sunday but the lawyer had not submitted yet - said he'd have something the next day.  When he did submit he was fully aware that his offer was the 6th received.   He told me the price was "of course, showing a reduction of the buyer's agent commission since he was doing this himself."

So now let's figure out where he went wrong...

If he had never asked how his offer had fallen short I would simply have placed this offer in the "not so serious category" and thought nothing further of it.  There's plenty of action in the market with folks floating trial offers to see if they can get anywhere.  But he thought this had a chance.  Therefore, his wife and those kids thought it had a chance and that is the real shame.  They have no idea that for the want of "getting a deal" they don't have a home.

He wouldn't have understood any of the questions I posed above because he really didn't understand what he was doing.

I advised him to get a professional buyer's agent.

A home sale contingency is a deal killer here on offers for properites under $150,000. They are moving fast and nobody will wait on a sale to occur unless the property being acquired is in really horrible shape.

An offer with a home sale contingent on a fsbo sale is not likely to draw much interest anywhere. 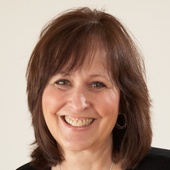