Keeping an open heart and a love for people is what keeps us going!

Every year my wife and I go on a mission's trip and for the last three years we have had the privilege of traveling to Fiji.  We work with Campus Crusade for Christ in passing out the Jesus Film to the island locals in there native language and in Hindi.  Below is our wrap up for this year's trip.  To read more about each day's adventures click on the image below. For more information about the island of Fiji visit my blog "Island Fever!" As we spent time reflecting on our time in Fiji this year, we are filled with awe at what God chose to do.  While the team spent lots of time in preparation, it seemed that we just had the privilege of showing up and participating in something that God wanted to do to build his church among Hindi speakers.  One of our local partners kept exclaiming repeatedly during the week "this week has been just like the second chapter of Acts (Acts 2:42-47), where the believers continually devoted themselves to teaching, to fellowship, to breaking bread together and to prayer, everyone was filled with awe, praising God and enjoyed the favor of all the people ... and the Lord added to their number daily those who were being saved."  Interestingly, Acts 2 is followed immediately by Acts 3, where God chose to show His power as the lame man walked.

While we don't necessarily understand it, we all experienced something unique in the unity of the American and Fijian team members, the prayer together, and the leading of the Holy Spirit to specific individuals - 312 of them all together - that needed Jesus.  And as Gary, one of our team members prayed during our debrief, "We will never be the same."

Nor will our partners and partner churches in Fiji likely to be the same.  One told us "we have seen by the response that we have been asleep." As God chose to heal a lame man, a deaf woman and a man who'd had a stroke in one neighborhood, a church was planted the next Sunday in that very house, by Pastor Prasad, bringing a beacon of light into a neighborhood which we had not initially targeted.  We also had our "plans" interrupted by a partner church from last year, Peace Chapel, who begged us to send a few people to help them begin a church plant in a valley for which they had been praying for 8 years.  Pastor Ezekiel has committed to following up to the 50 homes we visited that day with his church members.  Two of our team members had their plans interrupted as they ran into a school teacher at a bus stop, and paused to talk.  As a result, 3 days later our team members had the privilege of praying with 20 of her students as they opened their hearts to Jesus.  Another time, two team members felt compelled to stop and chat with a construction foreman who was supervising a crew building a house.  Hearing that our team was engaged in "building lives", he stopped his crew, had all 10 come over and listen to the Gospel presentation, after which 2 of the crew prayed to receive Christ.  None of these events was planned by us, but prepared by God as trained believers went out, led by the Holy Spirit, to seek the lost.

Thank you for allowing me to share with you the experience we had this year.

Classic Has A YOU Attitude!

Show All Comments
Ray Perry
CENTURY 21 The Neil Company Real Estate - Roseburg, OR
Realtor, CRS, GRI, e-PRO
When you give back selflessly you will reap you rewards in heaven.  Amen  Keep up the good work!
Like
John Evarts
Classic Property Management of Santa Clarita - Santa Clarita, CA
Dave, thanks for going. You really set a good example for Darla and I by being faithful.
Like
Lisa Marie Flenoury
"Lisa The Broker" - Playa Vista, CA
"Lisa The Broker" - Making Dreams Come True

How wonderful!  I will be travelling to FIJI this summer to do a task that is similar. 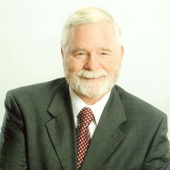