I don't know about other states but in Illinios certain traps on drain lines are not allowed. The most common one that I see is the S Trap which is very common in older homes that have had a second or third bathroom installed in the past few years and the homeowner had done the work themselves. I have also noticed them in newer homes where a bathroom or sink was added to the basement or laundry room and the homeowner did the work themselves or had a friend do it. Every now and then I will hear a seller say that they had a licensed plumber do the work but that is rare. For those of you that are not familiar with S Traps or why they are a problem An S-trap is found in the drainline under the sink. S-traps have a tendency to siphon out the liquid seal in the trap when a basin of water is emptied.

Below are examples of different traps that are not allowed.

Show All Comments
Vicki Watzlawick
CORE Realty (The Watz Team) - Algonquin, IL
Illinois Foreclosure Expert, The Watz Team
They all look like curvy pipes to me!  But what do I know..now when I drop my things down the drain I can yell..honey my ear ring is stuck in the S trap!
Like
Jim Watzlawick
Watz Home Inspections - Algonquin, IL
Watz Home Inspections
We don't have any S traps, But thats OK just don't drop your teeth down the drain.
Like
David Helm
Helm Home Inspections - Bellingham, WA
Bellingham, Wa. Licensed Home Insp
It is amazing how people can see other people do things and not understand the physics involved.  That extra three inches of horizontal run make all the difference in the world.  People who install S traps just can't figure out where all that weird smell is coming from.
Like
Dale Baker
Baker Energy Audits and Commercial Properties Inspections - Claremont, NH
New Hampshire Relocation Real Estate Information

Jim I can honestly say that I do not recall ever seeing a bell trap.

Any body here ever see one? And how was it being used ,on what kind of sink or drain.

In Delaware, S traps are also illegal.  Furthermore, take caution when buying a newer home.  My house is only 8.5 years old. My home inspector missed it during our home inspection, however, the plumber noticed s traps in the bathroom shower when treating a leak.  Now we have to eat the loss since the previous owners never disclosed this (leak).

I have seen a few bell traps, but only in older homes 100+ years

I think I have a vague recollection of seeing one on a slop sink.Back when I was a kid.

I take it from the diagram that there is always a little water at the bottom which could evaporate rather fast.

Looks like your "trapped" into writing non-humerus blogs.  Can you sneak a joke in on the bottom and kill 2 birds with 1 stone?

Greg...we have done most of our venting on the other threads.

Much has left me with a feeling of being soiled and wasted.

Still perhaps Jim has more than a dry sense of humor.

I feel perhaps the joke well is not totaly dry, though much has been drained from it.

Anyway I had bettor plunge back in to what I was doing and not clog up this post by trapping the readers with an overflow of information.

You are PUNishing us.  Whew!  Don't think I can take too much of this.

We surrender.  Now that were all flushed from laughing, can we get back to the discussion?

I decided to take a plunge back on your blog today because really enjoy you dry sense of humor and was hoping you would pump out some new comments for us.  Have you washed your hands of any future AR blogs?

Great pics I love "line drawings,"  for communicating.  I have not seen a bell trap but I have seen a few drum traps.  Pretty old school. 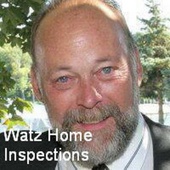