Actually it was cold and rainy one night last winter, and so I slipped into my jammies, made some hot cocoa and settled in for a Golden Girls marathon-man, that Estelle Getty was one hot mama-cita! Grrrrrrr! Ooops-I've gotta stop making that sound-it makes my nose itch and my dentures fall out.

Well, after a couple of hours of watching Bea Arthur do her, well, Bea Arthur impersonation I couldn't sleep and so I started channel surfing. For the next few minutes I enjoyed watching Andrew Zimmern chowing down on some dung beetles he not surprisingly dug out of some fresh dung, then, I watched the Dives, Diners and Dumps guy-that's right-his name is Guy . . . so, I watched Guy-Guy enjoying a stack of 37 flapjacks at the International House of Arterial Plaque in Albuquerque (that is one town that's hard to spell-the good news is that it's worth about 90 points in a game of Scrabble!)

And then, all of a sudden, this friendly dude-next-door type showed up on my screen-he was elbow deep in the business of, well . . . let's just say that it involved cows and the creation of more cows.

This dude rocked! Nerves of steel! A clever quip for all occasions! It was like . . . looking in the mirror!

Anyway, for the next few weeks I tuned into Mike Rowe and his Dirty Jobs-I couldn't get enough!

If you've seen this show you're aware that his premise is to go out and spend a day out with someone who performs dirty jobs. Hence the title-very clever!

Raw Sewage Treatment Plant Inspectors. Chicken Coop Poop Scooping. Security Guard on The Jerry Springer Show. All of them nasty, terrible jobs that NO ONE would EVER want to do-except for our intrepid and genial guide Mike!

And then, like all of my other brilliant ideas, it came to me. An inspiration. I HAD it-my best idea yet!

But first: The Sham-WOW? That was me. Some German dudes stole it from me-schwienhunds! Same goes for Ron Popeil's "Couvre", the bald-spot covering Krylon, er, spray on. The Internet? You kiddin'? Because of ME, Bill Gates has a gig. If I ever see that spotlight hogging Al Gore again, I'm gonna smack him. Those were ALL my ideas. In fact, I almost invented that little blue pill-I just had the color wrong.

But now, I had a job so filthy, so disgusting, so heinous that not even MIKE ROWE would do it-that's right: the job that he couldn't get himself to do in a thousand years: MY job . . . a Short Sale Specialist!

And so, I contacted Mike Rowe's staff with my "pitch" (that's show biz jargon for presenting your dumb idea that no one gives a rip about-unless you're either related to the director or producer OR are  . . um . . .well . . .willing to . . never mind-I digress)

Well, the show's producers passed on my idea. Several times. And that was even after I was more persistent than Columbo with a bad cough . . ."ah, just one more thing . ."

And so, you can only imagine my amazement when one day the phone rang and there was Mike himself!

Now, before I could blurt out that I loved the episode where he performed liposuction on Oprah (come on, that was funny), he said, Hey Bob, I've been giving this short sale specialist real estate agent thing some thought and, well, before I commit, I need to do some due diligence-I need a little bit more info. OK, I responded, what would you like to know?

Well, first off, I'm guessing that since this is such a filthy and despicable gig that no agent in their right minds would ever want, you must be rewarded handsomely for your efforts, right-you've GOT to be raking in the bank, cashing in the bling, jammin' with the Benjamins.

As I bit into my lip and tried to keep from laughing/crying/vomiting, I somehow managed to sputter out some drek along the lines of "well, you know Mike, there are no guarantees in this business"

Well then, will I be exposed to any danger, he asked.

Nah, I replied. (I didn't want to regale him with stories about the occasional violent outbursts that I endured from my family, former friends, strangers who didn't just didn't like the way I begged them to please buy the open house I was sitting and, of course, the bankers who I owed huge amounts of money to.)

Cool, he responded-with a hint of hesitation.

Well, Bob, tell me about a "typical" short sale transaction-what can I expect, he wanted to know.

To start, there's plenty of humiliation-the loss of dignity for working hard and never cashing a check. There are the hours on hold waiting to speak with a $8/week loss mitigation "expert" in Mumbai. Then there are the hours spent talking to the $8/week loss mitigation "expert" in Mumbai. And of course, the eternity on the phone with the $8/hour loss mitigation expert in Mumbai, who, as it turns out DOESN'T SPEAK ENGLISH! And worse than that, it takes several MORE hours before either one realizes that! (Bank of America?-I'm not passing judgment . .seriously!)

Mike, you might also encounter having to start over because of a simple typo or a T that wasn't properly crossed-some lenders actually require that you submit all files using the exact same font that is featured in their corporate logo-and if you don't, it's back to the end of the line for you, Mikey Boy!

My personal favorite is a short sale I did a short time ago. One night I got home-late-and was greeted at the front door by this strange dude. I asked who he was and what he was doing in my house. My wife appeared out the kitchen and promptly fainted. As I ran to her aid I called out "honey, honey-are you OK" . . .the strange dude said, hey, don't call my wife honey, or I'll have to kick your butt.

YOUR wife? She's MY wife.

Just at that moment my wife came to and as she regained her senses, she started sobbing "We all thought that you had died-we haven't seen you in years and years, and so, I got remarried"

OK-I stole that scene from Castaway-Tom Hanks was awesome, Helen Hunt . . I dunno-it seemed like a throwaway roll for her-

Well, Mike, I said as I wrapped up my job description synopsis, what do you think? Is this something that you would be interested in featuring on your show?

Next week's blog will feature highlights from my appearance on the new hit reality TV show about former Real Estate professionals called "Flip This Burger"! Be sure to check your local listings. AND, be sure to call me if you should have a short sale that you just don't want to handle-I will!  . . . with a generous referral coming your way!

OK-we had a little bit of fun with this, however, we all know that short sales are serious business-first and foremost is that fact that somebody might be their home. When I meet with clients I always review the options that might be available for them. But sometimes, a short sale might be their only solution.

PS-feel free to reach me directly at 425-446-1878 if in need of any short sale assistance! With a national average of almost 80% of all short sales NEVER closing, the team I'm aligned with is batting the opposite-OVER 80% closed. 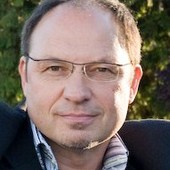 over 12 years ago
bookmark_borderbookmark
Is A Short Sale Right For You?
View more Recent Posts   arrow_forwards