It turned out to be a another great day in Arizona yesterday, as me and my son headed off to watch another Arizona Fall League baseball game.  My son had a mission this season, and nothing was going to stop him. It was only the second Saturday he had off from a youth football season that started back on August 22nd.  My son and I took the opportunity to catch one more Arizona Fall League game before the season ends next weekend.  We made it to one other game earlier this season to see the number 1 overall MLB draft pick, Stephen Strasburg.  This phenom signed a $17 million dollar, 5 year contract with the Washington Nationals, and has been known to throw over 100 mph.

The first Arizona Fall League game we saw on October 16th was a night game, and it was Strasburg's first outing as a professional pitcher.  It was a very unusual night, as there were a few thousand in the crowd that evening.  Typically there are fewer than 150 in the entire stadium for an Arizona Fall League game, but everyone was there to see Strasburg.  It's not unusual for my son to get several autographs from players, and his mission was to get Strasburg's.

Since Strasburg was pitching that night, he wasn't signing anything before the game.  After the game, hundreds of autograph hounds surrounded him, and my son didn't have a chance.  He left the game disappointed, but I told him he would get another chance.

Yesterday's game, we had no idea Strasburg was going to pitch.  He has been off for the last 12 days with a sore neck. When we arrived at the stadium, my son saw Strasburg warming up, and knew he wasn't going to get an autograph before the game.  We had our hot dog and waited patiently throughout a great game.  At the top of the ninth inning, another large crowd started forming just outside Strasburg's dugout.  By the time my son got down there, there were more than 100 fans.  My son was in the back and at the end of the group of autograph seekers (almost all adults).  He was as far away as you could be from the dugout.  As soon as I saw that, I thought the odds of my son getting Strasburg's autograph were slim to none, again. as on a mission, and this huge crowd wasn't going to stop him.  As soon as Strasburg stepped out of the dugout, my son knew that he was too far away to ever get an autograph.  After about a minute, my son decided to run around the back of the crowd, and head right towards the dugout.  There was no room to squeeze in, so my son actually jumped on the dugout and stretched his hands out, hoping for his chance.  At this point, I couldn't even see my son anymore, so I had no idea what he had done.

After a couple more minutes of waiting, I saw my son coming towards me.  He had the biggest smile on his face, and I knew he did it, he got Strasburg's autograph! I asked how he succeded with so many people down there.  My son told me that as soon as Strasburg saw him on the dugout, he skipped over about 10 adult autograph seekers and signed my son's baseball.  So, thanks to some inginuity from my son, and a little compassion from Strasburg, our mission was accomplished.  If you ever have an opportunity to attend an Arizona Fall League baseball game, I suggest you jump at the chance.  This is why I love baseball players, and I love the Arizona Fall League!

While Strasburg was there, it would have been nice if he had put in a good word for the Dodgers.  We need him :)  Congratulations to your son.

Jane - The Dodgers didn't finish very strong, but they are still a team to contend with.  Wish I could say that about the D-Backs, but I think they are still in a rebuilding phase. 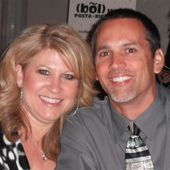