We moved to Gainesville FL a year ago August for my hubby to take a job at Shands Childrens Hospital....he's a pediatric cardiologist and had pretty much hit the wall with the "pinhead medicine" practiced by The Hospital That Shall Remain Unnamed in Pittsburgh....what do I mean by pinhead medicine?  When administrative concerns trump patient care, that is pinhead medicine (and that is where our country is headed, in case anyone was wondering).

When physicians, who spend more years that you can shake a stick at in training, have to spend their time in meetings begging the insurance types, who OWN the hospital,  to acquire bandaids for heart leads that won't hurt children's sensitive skin....something is

BEYOND out of whack. Anyway...I instigated our move, telling my husband he had spent WAY too much time in training (first as an electrical engineer...he has his MSEE from CalTech....now as a pediatric cardiologist) to spend his time navigating the Pinhead Machine.

They LOVE him here!!!  Which is SO worth the financial beating we have taken over the past 18 months....because what kind of model are you for your kids when you go to a job every day that you HATE, and where you just KNOW you are helping the insurance companies more than you are helping the patients?? I truly believe we are here on this earth to serve Others, and by OTHERS, I mean MOST people, not the Big Dudes and Dudettes at the top of the American medical insurance chain making it rough for everyone else.

If you've been following past posts of mine, you will know that our home in Pittsburgh (abutting a private golf course and conservancy land) has been on the market for 18..that's right, count 'em....EIGHTEEN FRICKEN MONTHS.

We could have gone the short sale route, because to say we are in financial distress would be a complete understatement.  BUT, having an inside track to the F*Ked-up-ness that is Short Sale Land, I told my hubby it would probably be better for us in the long run to hang on tight and run up the credit cards and hope for the best....that was the only thing standing between us and foreclosure.

So that's what we did.

And, although we have amassed an eye-boggling amount of credit card debt, I am THRILLED to announce (again) that we have an OFFER on our house!!!

BEFORE the inspection, we were bringing $15K to the closing table.  NOW it looks like it's more like $17.5K.

Because there was a gas leak in the main line.

Which, when we moved in the house 3+ years ago, we found out AFTER closing that the house had been red-tagged because of some unidentified gas leak somewhere.  We had the gas company come out, and some dude with some handheld measure thing with a hose dealio attached went around our house and said there was no natural gas leak....that it was probably from an old propane tank or something.

He said his visit removed the red tag, and we were fine.

Didn't hear anything else until THIS inspection, when buyers' inspector said there was a gas leak.  We tried to reassure buyers otherwise, which didn't work....esp. when we called the gas company to confirm the red tag had been removed, and they said they had no record of ever sending anyone out, so the property was still red-tagged.

Hmm.  So who the H*LL was the guy who came by with the handheld thingamabob with a hose type dealio hanging off the front?  Guess Mr. Jumpsuit was a figment of my imagination.

Anyway.  Long story short, we're beyond giving a crap and we're willing to pay anybody ANYTHING just to get this issue resolved and the deal to the table.

So sometime this week some manly earth-moving equipment, powered by manly earth-movers, I'm guessing, will be tearing up the front lawn and installing new gas piping to the tune of $2500. There were some other little things....we took care of everything listed on the report....so, as far as I know right this moment, we are scheduled to close on December 4.

We won't be there.  No plane fare.

Continued prayers would be appreciated.

Thanks for putting up w/my chardonnay ramble!

Tags:
crap and hope and other stuff

Congratulations on potentially making it to the end of this journey.  My fingers are crossed that it will all go smoothly from here.  I'm glad that your husband is happy in his new job and I hope that the entire family is loving Florida.  So sorry this has been such an ordeal for you all.

Thanks, Stacey!  You've got me all verklempt over here.  Hugs to you, and thanks for the good wishes! :)

Hi Coleen ~ Glad to hear the update and to know you're doing what you need to do. Phew!!  It was great to learn more of the back story.  Your husband's new job sounds like a huge relief.  And I *love* your new picture!

You're almost there Colleen!!!!!!  Once it closes I think a nice bottle of champagne would be in order. It's time to move onto your new life and living a life that is true to you and your husband.  Takes a lot of courage to live the life  your truth and walk your talk -especailly when it costs money to do so. Congrats on doing so....you're on the way :)

I can only imagine how long you've been holding your breath and keeping your toes & fingers crossed.  First, congrats to you and your hubby for making the move that ensured him happiness at work.

Please let us know when your home is closed so that we can celebrate with you!

Coleen - so you haven't killed anyone yet???  :)   I hope that your husband loves the network at Shands Children's Hospital.   All of my donation money goes there.  You should have come to our Art Auction last month!  It's a great fund raiser for the kids at Shands.  I will keep you in my thoughts & prayers.  And hope you have a clear to close SOON!

Hope your long nightmare will soon be over and that it ends "well" for all concerned.

Hi Liz - Thanks!  It is a huge relief, esp. since buyers have signed off on our response to inspection, and the inspection period is OVER!

Hi Kris - Yeah, I've got permanent blue tinge to my face now w/all that breath-holding. Thanks for the good wishes!

Hi Christine - Please put me on email list for future Children's Hospital events....would love to be there!  Thanks for the prayers and good thoughts.  I look forward to meeting you in person one day soon! 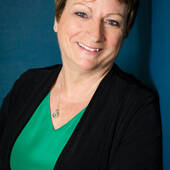