Some of the nation's top lenders have established separate emotional counseling departments and have assigned loan modification and short sale negotiators to help counsel emotionally distressed borrowers.  The negotiators are trained to assess the level of distress in each borrower, have compassion for the borrower, and decide the new terms of the loan or approve or deny the short sale based on the level of distress.  The more emotional distress the borrower expresses the more favorable the terms of the new loan or short sale.

If this sounds absurd to you, well that's because it is!  I'll tell you this much, the banks aren't crying.  There is no Vice President of Sympathy & Pity at Bank of America.  The banks' job is to please themselves and their stockholders...and lately, just themselves.  This fiasco has become a one-way rollercoaster for borrowers who are looking for compassion and sympathy from lenders.  Why?  I don't know.  But, someone needs to wake them up and tell them to GET A GRIP!

Am I the only one that can't bear to watch another sob news story about the housing market?  I don't know a single person that has not been affected one way or another by this crisis, and I don't need to hear someone else's emotional babble about how it will affect their credit.  THEIR CREDIT?  Are you kidding me?  Who cares about their credit when they can barely feed their family?  I have clients with exceptional credit and they can't buy anything with it, anyway.

Financial institutions have done a fantastic job over the years to make sure borrowers feel emotionally committed to everything they sign.  They've spent billions on marketing and educating us on the importance of good credit and paying bills on time.  "You'll be winner if you do and a loser if you don't!"  It's how they keep us in line.  It has been a one-way business deal for them because they don't want you making business decisions.  They want you making emotional decisions!

ARE WE BECOMING A NATION OF FREE-MARKET WIMPS?

Sure, I'm a strong believer of capitalism and free markets and whatever else you want to call it.  I believe government intervention should be minimal, at best.  In and out, if they're going to intervene at all.  With that said, you can try and justify SHARING the blame for this fiasco we're swimming in.  However, the blame should be placed squarely on the banks and financial institutions and their so-called experts.

If you believe in a free market economy, as I do, then you need to stand up and point the finger at the free-wheeling geniuses that put us in this mess...the same financial "experts" that were paid not just millions of dollars, but BILLIONS of dollars to tell us that the unfettered lending was safe and good, and that overpriced homes were not going to explode in our hands.  The big and small investors that bought the now worthless paper believed them, the countries and governments that bought it believed them, and the homeowners believed them.  It was their loan programs, it was their financial gurus, but they still want to blame the homeowner for this disaster.

I receive a lot of calls from clients that are scared, frustrated and very confused about the daily collection calls they receive from their lenders regarding their under-valued, over-mortgaged sticks and bricks they call a house.  Of course they are going to call...you owe them money!  The lenders are very aware that they lent you more than the property is worth.  They know their lending guidelines were too lax.  And, they know that if you don't pay up, they're going to be out a lot more money.  So, they're going to do everything they can to make you believe that the RIGHT and MORAL thing to do is to keep paying on that overpriced shed for which they lent you money.  But, they're not crying on the other side of the phone.  They made a lot of money during the unrealistic housing boom, but now they don't want to give up any of that gain they already spent on their overpriced Wall Street experts.

So you may have heard of the newest housing crisis term, strategic default.  This is when a borrower with otherwise good credit, whether a principal residence or investment, decides to default on a loan and walk away from the property.  You may want to moralize the issue all you want, but I see this as a prudent business decision on the part of the borrower.

Again, there is no emotional or moral issue in contracts.  There are consequences for breaking a contract and if EITHER party decides to do so then the other may pursue remedy as the law provides.  Corporations make these types of decisions every day.

WILL IT EVER END?

The problem with the housing crisis is not how to stop it, but how to finish it.  Bailouts and workouts simply prolong the inevitable.  They're just band aids for a really bad infection.  You can prop up the false value of a property all you want, but the market will eventually bring it down anyway.

The banks knew all along that the housing market was over-priced, not just a little but at historical levels.  Famed economist Dr. Robert J. Shiller of Yale University even warned us (check out his History of Home Values chart http://graphics8.nytimes.com/images/2006/08/26/weekinreview/27leon_graph2.large.gif).  Shiller's now famous chart and findings were well known and frequently used throughout the financial industry.  But, if you're making a lot of money, you ignore the obvious.  LET'S MAKE MORE MONEY...FAST!

IT AIN'T OVER TILL IT'S OVER!

No matter how you feel about Glen Beck (I'm no fan), you need to check out the following video.  We are nowhere near the end of this mess...http://www.youtube.com/watch?v=a3g6Yr5S7cg.

Instead of beating up on just the banks let's look at a bigger view.  Our whole economy is driven by people spending more than they make.  Wall St. is happy if there is 3%+ growth every year.  Retailers are not happy at the end of the year with less than 10% hike over the previous year's spending.  AND, the government just prints money when we run out.

We are a consumer society that participates in recreational shopping. Advertising from cosmetics, to cars, to homes hynotizes all of us that we 'deserve' the fruits of success before we have earned it. College kids with zero income are given credit cards with high interst rates.   We, as real estate agents are indoctrinated that we need a big car, big office, assistants, all enough techie toys to defy even Inspector Gadget.  Every time I open a door to a showing, I have to juggle keys, smartphone, electronic key pad, gps, and digital tape measure.  All of those gadgets are designed to be obsolete by the time I open the door.

A couple years back when gas prices were climbing I was getting emails demanding that we protest by not buying gas for a day.   Why don't they really protest and buy a vehicle that gets more than 18 miles a gallon?   When we finally get down to the point that we realize it is all of us who are at fault for buying into 'therapy shopping' on hope and credit, will we finally get back to a stable economy.  One of the major banks is running a campaign, "Why wait?"   Because we have no money now, and won't have any until we learn to control spending habits, that's why. 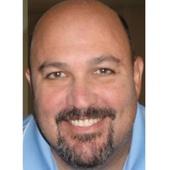