These rankings have contributed to a huge increase in commercial development that had been lacking for many years in Port St. Lucie.  New developments such as Tradition and Tesoro have added a much wider variety of life styles for residents of the area.

Port St. Lucie is located between West Palm Beach and Vero Beach and is approximately 90 minutes north of Ft. Lauderdale and 90 minutes southwest of Orlando and Disney World.  With pristine beaches, two rivers and two major interior canals there's plenty of boating and fishing to please the most devout fishermen.  Golf courses abound inlcuding the PGA Learning Center at St. Lucie West.  In October we'll be hosting a PGA tournament at Tesoro.

It's a great place to live, whether you're raising your family or retiring.  It's a buyer's market in real estate and a great time to find your perfect home whether it's a adult community, small starter home, or estate - we've got it all.  There's plenty of vacant land left if you want to build your own. 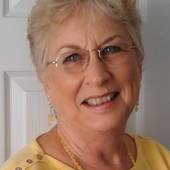