As widely reported in today's press, Senate Majority Leader Harry Reid (D-NV) last night released the legislative language for "The Patient Protection and Affordable Care Act."  The Congressional Budget Office (CBO) estimates that provisions in the 2,074 page bill will cost $849 billion between 2010 and 2019.  Below is a brief summary of key provisions of interest, followed by the latest information on the expected schedule for the Senate debate.

SCHEDULE Tomorrow, Senator Reid is expected to begin the process to hold a procedural vote that would take place on Saturday. If Senator Reid obtains sixty votes, the Senate could debate the motion to proceed to the health care legislation for up to thirty hours bringing them into Sunday. Should the Senate adopt to motion to proceed, Senator Reid will offer the "Patient Protection and Affordable Care of 2009" as a substitute amendment to H.R. 3950, a "shell bill" that will serve as the legislative vehicle for the health care reform legislation. Some Republican Senators have expressed their intent to require a reading of the bill, which would likely take the Senate into Tuesday and at the conclusion of which, the Senate would recess for Thanksgiving. Upon return from the recess, the Senate floor debate would begin in earnest with the bill fully amendable.

Please note that the schedule is still very fluid. We will provide updates as additional information becomes available.     Take Action! We strongly encourage you to voice your opinion on healthcare reform! Click here to locate and contact your State Represenative or Senator today!

The more support we gather, the greater chance we can change this legislation and continue to provide continued excellent service to our clients.  We cannot forsee a plan that has absolutely no fiscal accountability.

Tags:
obamas health care bill or is it a pll0ipni

Are we in communist china?  Do we really believe in socialized medicine? 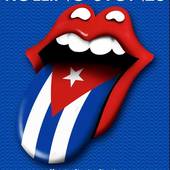