Here's the story on Yahoo about auditing the Fed and making Wall Street pay for the bail-out:

What's interesting here is that once again, Barney Frank, while appearing to support something akin to Congressional oversight, actually is against a full-blown audit of the Fed.

A lot of this mess can be largely laid at his feet.  Not because he intended for this to happen, but by him and his coleagues crafing financial legislation for cramming social engineering down the throats of Americans via financial institutions.  He has repeatedly been against cleaning up Freddie, Fannie and the Fed (our financial house) since the mid 90's.  Check out his voting record and bills and the results of those votes.

This Congress is so far in the hip-pocket of special interests, its disgusting.  And while the previous Congress was bad, we just put a lot more the this type of BS in office!

Ron Paul proposed the audit and has over 300 members of Congress on board.  But the Finance Committe Chair (BF) is against it.

Agreed.  Barney refused in 2003 to look into the problems... but no one is taking his home in foreclosure.

Geoff: Thanks for commenting and providing a specific situation.  It goes back even further than that.  Frank was behind a lot of the mandating banks to lend to those with lower credit standards so everyone could own a home, whether they could manage it or not.

I was so happy to see that Ron Paul's amendment to his gutted bill got passed  yesterday.  I think the amendment put the teeth back into the bill. I hope.

Geitner's response was PRICELESS!!! They keep playing it on FOX and it continues to make me laugh....he needs to be the NEXT to GO!! 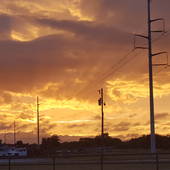