So it has been 24 years since I entered the industry of Real Estate:

In the 80's, we were just coming out of double digit interest rates, 15-18%, ARMS were born in the early 80's, since most couldn't afford a fixed rate. Straight, no qualifing assumptions were BIG!

In the 90's, WOW! Building boom, rates down, FHA decided that allowing assumable mortgages wasn't such a hot idea. Several ownership changes, then a default, the an "I don't care!" from the original borrower.

In the early '00s, Boom again for everything, low rates, crazy appraisals, no-cash in the sales loans like 80/20s were the norm.

Around 2006-Obama, something else happened. The banks started to have a little problem collecting on some of those - "no questions asked" loans. Money got tight. Insurance companies started failing, since they also bought into those bad loans.

2007: Gold Star Referral Clubs is launch in the late Summer.

2008: Blinding flash of the obvious, we can teach others to start clubs, too! Members of the Clubs get referrals. Directors, those that start Clubs, get compensated, and can build a residual income from every Club.

Do you need a referral group to make it through this crappy economy? Talk with us. Small investment can take your business to a higher level - because you'll receive "ready to do business with you" referrals from your Club!

Interesting to think about the years and the changes in the Real Estate Industry. Seeing them written out in your blog brings back a lot of memories.

Thanks for the At-a-glance chronology.  I was just finishing highschool in teh 80's and was pretty oblivious to what was happening in the world.  I appreciate the info. 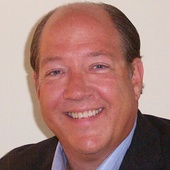