Google products work.  I use GMail, Voice, Chrome, Contacts, Docs and have never been

disappointed.  I will try Google Chrome OS on my Vista Laptop, that ought to fix it!

It's been an adventure watching Internet Browsers evolve into what they are today. I started with Internet Explorer, then realized that Mozilla Firefox was much faster and more forgiving, now I am seriously checking out Google Chrome.  I will still use the others, but just like this video explains, the world, and the computers in it are changing rapidly.

Can a browser really make a difference in the time it saves you or the frustration it can create?  What about your computer operating system? Google felt strongly enough that yes, it can, so much so, that they have created and are now introducing an entire new operating system for computers.  This video was released on November 18th, 2009 and makes some very interesting points about how we use the Internet today and why they've jumped into this arena.

Once you've watched it, you'll most likely agree that Google is really honing in on "What The Internet Consumer" needs, and how they can deliver the tools and products to make life on the Internet simpler, faster and more efficient.  Now they're going to try and do the same with your computer operating system.  The Google Browser and Operating System may very well be the dominating tools of the Internet and PC's in the very near future.  I'm just sayin....

For the MAC users like myself, Google Chrome is still in development, and the operating system will probably not be a replacement for the MAC OS anytime soon. My MAC is already "screamin" fast!

"RainMaker" Special - Signup Here and Get New Member Discount
RainCamp™ - "Because The Way We Do Business Online Has Changed!" 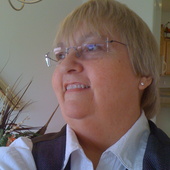