Beaufort, SC History in the Making

Much has been made here in the Beaufort South Carolina Real Estate Market and all over the nation for that matter about the first-time homebuyer tax credit spurring home sales in the United States, but maybe lost in the hoopla has been another driver of sales: mortgage rates.

We've all heard or read the phrase "at or near historic lows," or something like that, but we really are living in a time at which our future selves will most likely look back and say, "Boy, remember 2009? Interest rates were so low." Maybe even the way our grandparents told us about buying a gallon of milk for a dime.

The real estate website Zillow.com reported on Monday, Nov. 16, that the national average for a 30-year fixed-rate mortgage was 4.75 percent for the week ending Nov. 15, according to quotes from its Mortgage Marketplace.

That rate is nine basis points lower than the national average from the week before, 4.84 percent, and the lowest U.S. average since Zillow launched its mortgage offerings in April 2008.

And the very same day that Zillow reported the news, the average rate dropped even further - to 4.64 percent, according to the site.  It's very inexpensive to borrow money for a home right now.

Of course, the interest rates are being manipulated a bit as the Federal Reserve tries to bolster the economy. They've been low for such a long time now that we're probably taking them for granted, but the fact is they're not going to be around forever.

The Fed is keeping a close eye on inflation, and it will definitely adjust borrowing rates if inflation appears a risk. Some experts predict higher rates as soon as next spring, which means right now might be the best time to buy a home.

Maybe the best time in history. 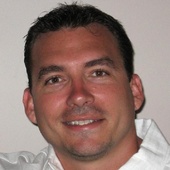