The Housing crises is no stranger to San Jacinto, CA, located in the Inland Empire region of Southern California (Riverside County & San Bernardino County), one of the hardest hit in the entire country.

The market has been dominated by the sale of bank owned real estate with 80% of all closed transactions reported to the MLS have been bank owned - or 1,202 of the 1,501 sales that closed escrow in the last 12 months (November, 2008 thru October, 2009). Although there are numerous ways to look at and consider these numbers, I am not trying to be philosophical about the good and evil affiliated with the housing market and the subsequent fall and crash of our economy, in general.

Last month, tied with May for the lowest number of closed REO escrows with 56.  Unlike May when 135 new properties were listed for sale in the MLS, in October there were only 84 new listings.

WOW!  Y'all must be seriously lacking some inventory

Seriously is the key word...no make that lacking,  It does hurt. 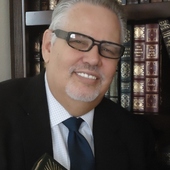