Major news organizations are reporting on an emerging problem with Drywall/Sheetrock imported from China.

"While the study of 51 homes detected hydrogen sulfide and formaldehyde ... at concentrations below irritant levels, it is possible that the additive or synergistic effects of these and other compounds in the subject homes could cause irritant effects," the Consumer Product Safety Commission said in its executive summary of the study.

The drywall in question was imported from 2005 through 2007, when a housing boom and two active hurricane seasons created a shortage of building materials in the southern United States.

Other researchers said the sulfur-based gases coming from the drywall may exacerbate existing sinus issues and cause respiratory problems. The type of drywall at issue is made primarily from the naturally occurring mineral gypsum.

Has anyone encountered this in your real estate business or home? I'm going to be watching this unfold over the next few months.

Hi Stephanie,  I hope the home inspectors where this drywall was used are looking extra carefully at this potential problem. 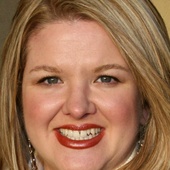 over 12 years ago
bookmark_borderbookmark
Why I do Short Sales in Kansas City...
View more Recent Posts   arrow_forwards