Great thanksgiving Real estate Story - Thanks for sharing it made me thankful for the things God brings into our lives!

Every House Has a Story

I picked up Esther at noon. We were on our way to the final walkthrough on her new home, first home, which was scheduled to settle on Monday, November 16th but was postponed until Monday, November 23rd.

Delays are common to real estate transactions, especially in these challenging times of autumn, 2009. Mortgage funds are difficult to coordinate ever since the credit crisis, but this was not the reason in Esther’s case.

In early September when we were out on the beat for home showings, it was obvious that Esther was pregnant. She shared that the baby was due in January. During the week of November 9th neither I nor, Sandra, the mortgage consultant could locate Esther to obtain her final pay stub. It was if she had vanished off the radar screen. To our astonishment, she resurfaced on November 12th with news that her baby boy had been born.

I wish I had a video camera for the final walkthrough with Esther. Upon entry and throughout, the house was impeccably clean. Often in its empty state a resale property feels to be a letdown. Minus furniture and décor dressings a house appears drab and unwelcoming.  But not so for this 45 year old townhouse – the hardwood floors gleamed as did the lighting fixtures. The window treatments smelled fresh, the windows were spotless as were the bathrooms, the kitchen countertops and cabinetry. Even the range and refrigerator were radiant. This was move in condition with 5 stars! Esther was beaming with quiet anticipation of a new life for her family and I felt proud to be her agent. I even made a call to the listing agent to thank him and his clients for their efforts.

After the walkthrough I took Esther over to the hospital for a checkup. She was unable to drive on account of her early delivery and I was happy to be of assistance. On the way to the hospital she told me the story of how she was able to afford the down payment for her new home.

Just after our first showings of prospective houses back in September, Esther was in a car accident which totaled her car. She reminded me how initially, after the car accident, she had expressed her need to put off the house hunting. She reminded me, too, how I urged her to continue the pursuit. What transpired in those decisive days was a surprising return on investment for her totaled car. A year previously, she had purchased the car for well below its market value and made extra payments each month on her loan. The accident claim on her car ultimately netted her $7000 extra. Esther was then in a position to purchase a better car – and make the down payment for her new home. This was truly a miracle – who would have figured a negative could turn out so positive? But Esther explained how her faith just gave her the courage to go on and reap that blessing for her husband, her two daughters, and now her baby boy! This is a first time home buyer story that is worthy of our attention – especially for us realtors who, in these challenging times, need to feel valued. Ours is a worthy profession – because we transform lives. For all the drama & emotion & delays that frustrate our business ~ we must keep the faith in our work. I am passing to you this torch of inspiration. Carry on, my friends, and do well! 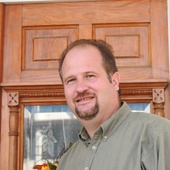