La tercera edad - that is way they say SENIOR CITIZENS in Spanish. So I guess, the first age must be from 1-30, the second age 30-60 and the third age is probably 60 and up...oh Lordie...the third age is coming up fast!!

All the sudden, in Guadalajara - Mexico's second largest city, they are finding themselves a bit stuck with the housing! As Mexican families shrink - now most have only 2 children as opposed to the olden days where the philosophy was " lo que Dios nos de" - " whatever God gives us!" - they also find that the housing is not meeting the needs of the " third age".

Because land is expensive in Guadalajara, at least in terms of salary vs. land value, most Mexican housing has two floors. Middle class houses are on lots that are about 200 m2.  So in order to have enough living space, you go up..two floors, sometimes three (though rare). Well, as the knees give out on the 3rd agers they are seeing that they need to have housing that is more " viejito" friendly. Also, previously, the Mexican extended family took care of its own, everyone living in big houses and taking care of grandma and gramps. Well, now, as the need for the Mexican women to also hold down a job in order to maintain the lifestyle, grandma and gramps are not fitting into the houses or their extended families houses!

15 percent of Gdl's (that the abreviation for Guadalajara) population is SENIOR CITIZENS. And 2.2 million people in Mexico have physical disabilities. So now, this new group of consumers are looking for 1) independence 2) security and 3) community living.

So recently, the architects of the ITESO University have been looking into this new need and are planning different living areas that are needed : assisted living, dependent living and independent living.

There is a new gated community in Guadalajara that reflects exactly this type of living - open spaces, green areas with walking paths, pool and spa, a medical nucleus with nurses, security and one or two bedroom houses on one floor.  The development is called VIDA FRONDA.

With our beautiful weather and great location, Guadalajara is one of the best places to retire in Mexico. You can live in an area like Fronda and venture into the city when you like...

This is a phenomenon that is happening all over Mexico - housing for retirees, whether they are Mexican nationals or foreigners. 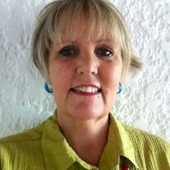 Though I am an American - I have lived most of my life in Guadalajara Mexico. I love this city! I love the people, the culture, the values and the weather!!! I want to share with all of you information about our city and perhaps, one day, you might have a referral to send our way!