It should come as no surprise that between Thanksgiving and New Year's Day, our excessiveness hits an annual high, especially where waste is concerned:  We throw out 25 percent more garbage than we do the rest of the year.  That's a million extra tons of garbage per week.

So this year consider some of the ideas below provided by The ULS (Use Less Stuff) Report.  Your planet will thank you!

•·        If every family saved and reused just two feet of ribbon per year, enough ribbon would be saved to tie a bow around the entire planet.  When unwrapping gifts, poke two holes in a paper plate and feed the ribbons through so they're easy to find and reuse later.

•·        The more than two billion holiday cards sold in the United States each year could fill a football field 10 stories high.  If each family cut back by one card (not that The ULS Report advocates "scrooginess"), they'd save 50,000 cubic yards of paper.  At least try using recycled paper products, and consider sending e-cards when appropriate.

•·        If each of us throws away just one tablespoon of mashed potatoes, it adds 16 million pounds of waste to landfills.  If that's unimaginable in your family, think of it this way:  One discarded spoonful of cranberry sauce amounts to over 14 million pounds.  Make only as much as you need, then store any leftovers in airtight containers and be sure to use them.

•·        Reduce the number of bags thrown out by carrying your own, whether you're shopping for gifts or groceries.

The ULS Report has more useful tips on its Web site at http://use-less-stuff.com.

This is very perceptive. I think I can find at least one person tom cut from my Christmas card list. 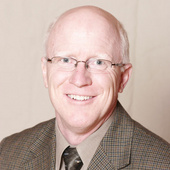