You always figured that a rodent who drives his own car would be able to withstand the recession, right? As retailers ramp up for the all-important holiday shopping season, at least the toy stores know that have a hit on their hands. Fuzzy, electronic toy hamsters called Zhu Zhu Pets are flying off the shelves at major outlets like Walmart and Toys "R" Us. Demand for the pets is so high that Zhu Zhus, which retail for $8 at Walmart, are going for $60 on secondary-market sites like Amazon.com and eBay.com. The hamsters, which have names like Mr. Squiggles, Pipsqueak and Num Nums, scoot around and coo like real pets. Kids can add accessories like a car, a skateboard and a wheel to their own little hamster world - without the inevitable mess or traumatic death. "This is the hottest toy of the year," says Gerald Storch, chairman and CEO of Toys "R" Us. "There's absolutely no doubt about it."

Why are Zhu Zhus selling so well? First, they cost less than $10, a price that is right for the times. This season, families are looking for small, low-cost collectible toys instead the big-ticket item. "There isn't a hell of a lot of high technology in the Zhu Zhu Pets," says Sean McGowan, a toy-industry analyst at Needham & Co. "That's how they are so damn affordable."

And even if the idea of a lifelike rodent crawling around your carpet creeps you out a bit, you must admit that the critters are kind of cute. "They have a degree of realism to them," says McGowan, who predicts the Zhu Zhus will spur the biggest toy craze since Tickle Me Elmo was on shelves in 1996. "They appear to be thinking about what they are doing. That's endearing."

The Zhu Zhu Pets don't have the benefit of a television show or movie providing free promotion for the brand. Nor do they have access to the cash that one of the big toy companies, like Mattel or Hasbro, can provide. The Zhu Zhu Pets are a small-business success story. The toys are made by Cepia, a seven-year-old St. Louis, Mo., company with only 16 employees. "It's fascinating, as you talk to executives from other toy companies," says Storch. "They are thumping themselves on the side of the head, wondering, 'How did I miss this?'"

Russell Hornsby, the founder of Cepia and a former Mattel employee, had long wanted to create a robotic pet for children. During a brainstorming session in May 2008, Hornsby and his fellow Cepia execs narrowed the choices down to three: a dog, a fish and a hamster. "Out of these, [a live] hamster is the one parents least like getting," says Natalie Hornsby, the company's marketing director, and Russell Hornsby's daughter. "So we figured a toy substitute would have some value."

Over the ensuing months, as the prototypes were being developed, Russell Hornsby started surfing YouTube, and noticed something that reinforced his decision: a slew of videos starring hamsters. He figured his toys could also become YouTube hits, and they have. "When they are running on the wheels, going through tunnels and driving a car, it looks like the physical manifestation of a YouTube video," says Storch. "That's one of the reasons Zhu Zhus are so hot. It is so cool that people love to exchange them and post them."

This spring, Toys "R" Us tested the Zhu Zhu Pets in the Phoenix area. "When the first numbers came in, we could hardly believe them," says Storch. "We fell in love immediately." So have consumers. Cepia also executed a clever marketing plan. During the summer, the company hosted hamster-demonstration events at Major League Baseball games, of all places. The Zhu Zhus attended ball games in Atlanta, Arizona, Philadelphia, Texas, Seattle and Washington, D.C. Cepia also actively courted the mommy bloggers, sponsoring some 250 "hamster parties" at the homes of bloggers across the country. Cepia shipped product to the moms, who invited 10 children and their parents to play with the toys. "The approval of the bloggers was a huge legitimizer, believe me," says Natalie Hornsby.

At this point, Cepia is just trying to keep up with demand. Hornsby is currently in China overseeing an expansion of the company's production capacity. Over the past few months, Cepia has opened three new factories in the Shenzhen area, which now gives the company four facilities. Not that the supply shortages necessarily hurt the brand. "Zhu Zhu Pets have crossed that tipping point, where scarcity is part of the appeal of the product," says McGowan, who predicts the pets will rack up $70 million in sales by year's end. "Getting it gives you some extra social standing. 'Yeah, I got my hamsters. I worked the system. I know a guy.'"

If you don't have that inside connection, you'll just have to wait. "Unfortunately, consumers are going to have to call their local stores and be there when the toys get there," says Natalie Hornsby. "But the reality is, millions of hamsters have been shipped. And millions more are coming."

Just in case you wondered, I waited 2 and a half hours outide a toys r us for 6 zhu zhu pets. 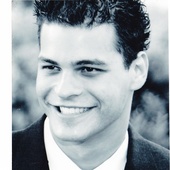