Yes, and we second that motion! Question, when is really going to start to work?

Obama has a new Plan to help homeowners facing Foreclosure.

It's Called Name and Shame.

The Plan: Publicly out loan servicers and banks who are failing to modify the mortgages of homeowners. The thought is that the public shame will embarrass the companies to act responsibly and change behavior.

The Why:  The Administration and Treasury department have gone on record saying that too few loans have been modified  since the bail out money was made available.  Last Spring, $75 Billion of Taxpayer funds were made available to banks and loan servicers as an incentive to modify mortgages instead of foreclosure.  Officials argue that banks aren't doing enough to help the millions of Americans at risk of losing their homes.   Some banks and loan servicers have not modified a single loan.

Will it work: Probably Not. The short term media coverage will draw attention to the plight of millions of Americans and has the potential to alter public opinion. The reality is that the banks and loan servicers profit from foreclosures. Without a financial penalty that harms stockholders, there is not enough incentive to change the irresponsible social behavior of the corporations.

What will work: Heavy hitting fines by the government are one option. A more powerful option would be a public boycott of any bank on the list. If Americans would stop using the credit cards of any bank listed for a 30 to 60 day period, corporatebehavior would change dramatically.

Reminds me of the foreclosure case that was in the news where the judge forgave the borrowers debt on the mortgage because bank had not tried to restructure the loan even though their customers had been trying to get them to.

It does not seem reasonable to think that name and shame will work on the banks. The banks are getting our tax money to survive. Why is there no string attached based on the banks performance. If they don't do the mods, they don't get the money. The only thing the banks will understand is the threat of having their money supply cut off.

Thanks Frank and I for one second that motion... They are so far from reasonable when it comes time to dealing with those in needs it's just crazy! 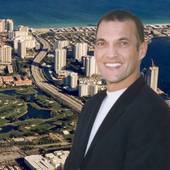