I was feeling pretty good towards the end of August.  After 2 months of trying, I was able to receive a loan modification on my primary residence.  As soon as the paperwork came, I signed and overnighted it back to the lender.  I was able to sleep better than I had in months.

My first payment was due this past November.  I made sure it was at the requested address by sending it priority mail 4 days ahead.  All was going well.

Then on aproximately November 12 I come home and found a letter with my check in it.  The lender sent me a brief note saying that the amount was wrong.  After checking my loan modification paperwork and double checking the amount, I immediately tried calling the lender.

After over 1.5 hrs. of being transferred from one department to another, I found a number in my loan modification paperwork and called the HOPE team.  They informed me that the amount was correct but that the lender's foreclosure department had not updated their system and the check was returned.  They had the wrong number from an initial modification that was based on the wrong interest rate on the original loan.

They sent me to the foreclosure department and after 2 more tries I was finally able to speak to an agent that told me to call back in 2 weeks and that their system would be updated by then.  Well, I called back on 11/18 and was told that their records still had not been updated but not to worry that I would not get penalized for their mistake.

So here I am, on hold going on 15 minutes...trying to get through again to find out if they will take my money.  Now December's payment is also due but I don't dare send them any money until I get the go ahead to send it because if their system is not updated they won't take it.

What is frustrating is that I don't have too many choices.  I called 5 times yesterday and kept getting sent to their customer service department even though I kept calling the foreclosure department number.  It seems that after a while the system automatically transfers you to customer service.

Not a problem if that department could do something but ---guess what?  They can't...they can only tell me to call the number that I have been calling....the number that I am put on hold for over 18 minutes and counting.

So what is a homeowner to do?  How much time do I waste trying to get through?  They told me that someone would call me?  Well, so far no one has.  So being proactive, I call, and call until someone will finally tell me that they are ready to take my money!

Being in the real estate business I understand that the lenders are overwhelmed and understaffed.  I truly understand that because I also do short sales and I even work with a professional network to do attorney backed loan modifications.

I am not your typical homeowner.  But there is nothing typical about a system that is so broken that even when you have money to give them they won't take it!

Evelyn, I feel your pain in trying to advocate for yourself.  I have made a conscious effort to avoid short sales and foreclosures because of what you described.  I wish you the best in getting this straightened out.

It's no wonder why the short sale and loan modification programs are failing, this story happens thousands of times every single day.  very unfortunate.  They could at least cash the check and credit your account

Thanks for your comments.  Believe it or not I am still on hold after 1 hr.!  I did speak with someone that was going to get their supervisor and he put me on hold and then I was transferred back into the que again!

If this was not so serious I would laugh.  It's a sad commentary on the whole housing mortgage mess!  There is no common sense in any of this. 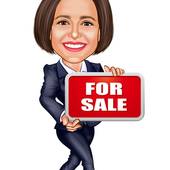