Last week I had the opportunity to view an inspection on a home that was known to have Defective drywall.  This inspection was non-destructive and said to have immediate accurate results.

First, what is Defective Drywall?

Defective Drywall was mostly imported from China (but can also be from other countries) from 2001 to 2007 and is suspected of emitting gases.  These gases are thought to be caused by certain minerals (i.e. sulfur, strontium and iron) which can cause an unpleasant sulfur like odor and corrosion of electrical wiring, air conditioners, copper plumbing, etc...  Some people also believe that these gases cause health issues like headaches, nose bleeds, and respiratory problems.

So how do we deal with this mess?

We've learned that you can check the air conditioner, electrical wires, and copper plumbing for signs of a black corrosion.  Maybe you can get at the back of the drywall and see if it has the company name Knauf on it.  Remember, just because the drywall is stamped ‘China' does not make it bad.  You could always cut out a piece of the drywall and send it out for testing...right?  Wrong! What if the sheet you cut was good drywall but the one next to it not so good?  Up until last week that is all we had....

So in I walk, to this lovely smelling house, a bit skeptical.....

It wasn't long before I realized that I was listening to something very interesting.  New and exciting! This company uses X-ray fluorescent equipment to test the sheets themselves for certain elements.  In a matter of minutes we could see the equipment producing difference numbers as it tested different section of the wall.  This sheet was low, that sheet was hot....

Interesting indeed....I have a feeling we are going to be hearing  a lot more about x-ray fluorescent evaluating. Debbie,  This is the post I have been waiting for.  I'm so glad you got to see this technology in person.  This is very important to understand and I think you'll be doing your clients a great service by taking the effort to understand what the problems are and what the solutions are.  Most helpful information and you even included pictures.  Thanks!  -Marian

Great info Debbie on the Chinese Defective Dry-Wall.  Didn't realize how complicated it is. Keep us posted on any new results you may hear of. Thanks!

Fantastic Post Debbie.  I've seen several posts over the last couple years complaining of the problem, but no solutions.  Thanks for sharing, I'm emailing the inspector I like to use to make sure he is up to date!  Thanks again!!!!

Deb, thanks for the education on Chinese defective drywall and the testing methods...I definitely learned more by reading your blog post than I have heard about elsewhere. Thanks again and great pics! :)

Very interesting.  I recently heard about this defective drywall.  Good to know there's a remedy that doesn't require replacing all your drywall.

How can I get one of the testers to check my home?

Where do you live?  I could check with the company doing the testing and see if they are in your area for you.

There is one person in Florida that has pioneered the way and his name is Jack Frost with Drywall Science. I can't reccommend a better person to use for these tests, Jack is a pioneer in the XRF industry from the very begining. My only advice is that if you call on someone be sure they are trained on XRF and didn't just purchase one to get in in the gold rush to do testing. I will be happy to answer any questions concerning XRF as well, but i focus my testing in the West.

In an earlier response Debbie had mentioned a price of $40k for these units.  Many are up that high, but at QSX Instruments we have developed a software package for this need and the Handheld XRF lists at $23,500 (USD).  This is still a big investment but many contractors, etc in affected states are adding XRF capabilities so you may be able to find one for single visit testing.

The Quickshot XRF system quickly identifies the Strontium (Sr) levels in a sheet of drywall; quickly is in 5 seconds.  Sr levels are an indicator of whether or not drywall is defective or not - if the levels hit a specified level (1200 parts per million -ppm- I believe) then it should be marked for further testing.

Our Handheld XRF analyzers offer solutions for a variety of testing needs and we write about them all at our XRF-Blog.  http://www.quickshotxrf.com/blog/

Feel free to contact me if you have any questions on drywall testing - and nice post Debbie!

My home is in winterhaven fl.  it is suspected of having chinese drywall. i need a way to determine

how much of my home is involved.  how can i arrange testing and with whom?  please let me know.

They should be able to point you in the right direction....

Quickshot is an re-labeled Skyray XRF.  Skyray is a chinese manufacturer.   So the problem is drywall made in China and now QSX proposes you to offer an el-cheapo XRF made in China to test for it.  Does anyone see a problem here?  Buyer beware...you get what you pay for.

There are good American and European made systems in the $30,000.  The $40,000 level is for a top of the line systems that can do many other tests (not related to drywall).

XRF for strontium is really a non-starter. ASTM has dropped the process since there is little science to support the relationship. Strontium exists where ever ther is gypsum, limestone, and several other minerals. 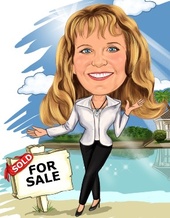