The latest consumer survey of home buyers and sellers shows first-time buyers have risen in market share and plan to own their homes longer than buyers in the past. The study was released here today at the 2008 REALTORS® Conference & Expo.

The 2008 National Association of Realtors® Profile of Home Buyers and Sellers is the latest in a series of large national NAR surveys evaluating demographics, marketing, preferences and experiences of home buyers and sellers.

Lawrence Yun, NAR chief economist, said a higher share of first-time buyers makes perfect sense, and it's a trend he expects to grow. "First-time buyers are much more flexible in entering the market because they aren't concerned about selling an existing home," he said. "Given low home prices, plentiful supply and affordable interest rates, it's been an optimal time for entry-level buyers with a long-term view.

"Considering the temporary first-time buyer tax credit and improvements to the FHA loan program, we expect stronger entry-level activity as the flow of credit improves - that, in turn, should free more existing owners to make a trade in 2009."

The number of first-time buyers rose to 41 percent from 39 percent of transactions in last year's survey and 36 percent in 2006. "Although modest, this is a meaningful gain for the 12-month period ending at the close of June, and more recent independent data show a stronger uptrend in first-time buyers who are helping to reduce excess inventory," Yun said.*

The median downpayment by first-time buyers was 4 percent, up from 2 percent in 2007; the number purchasing with no money down fell from 45 percent in 2007 to 34 percent in the current survey. "The study covers transactions through the middle of 2008, so we can assume the downpayment numbers have shifted recently because credit tightened and no-downpayment loans all but disappeared around the close of the survey," Yun explained.

Of first-time buyers who made a downpayment, 69 percent used savings and 26 percent received a gift from a friend or relative, typically from their parents. Another 7 percent received a loan from a relative or friend, while 16 percent tapped into a 401(k) fund, stocks or bonds. Ninety-two percent chose a fixed-rate mortgage.

NAR 2008 President Richard F. Gaylord, a broker with RE/MAX Real Estate Specialists in Long Beach, Calif., said consumers rely heavily on the expertise of real estate agents to navigate the market. "This is the biggest transaction most people are ever involved in, so the qualities they're looking for in a real estate agent include reputation, honesty, integrity and knowledge of the market," he said. "Both buyers and sellers want agents to provide context, advice and know-how. The vast majority would use their agent again or recommend their agent to others."

Nearly nine out of 10 home buyers and sellers would definitely or probably use the same agent again or recommend him or her to others, consistent with the 2007 findings. The survey shows that 81 percent of home buyers and 84 percent sellers used a real estate professional, comparable to 2007.

Thirty-eight percent of sellers found their agent as a result of a referral, while 26 percent used the agent in a previous home purchase. Similarly, 43 percent of buyers relied on referrals to find an agent, while 18 percent of repeat buyers used an agent from a previous transaction.

Commuting costs factored greatly in neighborhood selection, with 41 percent of buyers saying they were very important and another 39 percent saying transportation costs were somewhat important. "Since fuel costs began rising in the latter part of the survey period, it's reasonable to assume they've become even more important to home buyers since," Yun said. "We've heard from our members that commuting costs are playing a bigger role in buyers' decisions."

Buyers searched a median of 10 weeks and viewed 10 homes. Of buyers who used an agent, 61 percent chose a buyer's representative. Nearly nine out of 10 consider their home a good investment, and almost half see it as a better investment than stocks. Fifteen percent of buyers own two or more homes.

The typical repeat buyer was 47 years old, earned $88,200, purchased a home costing $236,000 and plans to stay in that home for 10 years. Repeat buyers made a median downpayment of 15 percent, but 10 percent paid cash for their property.

The median age of home sellers was 47; income was $91,000. Three-quarters were married couples, had been in their home for six years and moved a median distance of 19 miles. Their home was on the market for eight weeks; 5 percent of sellers who also purchased a home reported selling their home in a short sale.

The study found that 81 percent of sellers used full-service brokerage, in which real estate agents provide a range of services that include managing most of the process of selling a home from listing to closing. Nine percent chose limited services, which may include discount brokerage, and 9 percent used minimal service, such as simply listing a property on a multiple listing service. All of these types of services are provided by Realtors® as well as non-member agents and brokers. The results are identical to findings in 2007 and comparable to findings in 2006.

Primarily, sellers want agents to price their home competitively, market the property, find a buyer and sell within a specific timeframe.

Home buyers are consistent in their expectations of real estate agents. Buyers thought the most important agent services are helping find the right house, and negotiating sales terms and price. Because agents often are chosen based on a referral, or were used in a previous transaction, two-thirds of buyers contacted only one real estate agent in the search process.

When asked where they first learned about the home purchased, 34 percent of buyers said a real estate agent; 32 percent the Internet; 15 percent from yard signs; 7 percent from a friend, neighbor or relative; 7 percent home builders; 3 percent a print or newspaper ad; 2 percent directly from the seller; and 1 percent a home book or magazine.

Eighty-seven percent of home buyers who used the Internet to search for a home purchased through a real estate agent, in contrast with 72 percent of non-Internet users who were more likely to purchase directly from a builder or from an owner they already knew in a private transaction.

Sixty-one percent of buyers are married couples, 20 percent are single women, 10 percent single men, 7 percent unmarried couples and 2 percent other. Twenty-six percent are non-white, 9 percent were born outside of the United States, and 4 percent primarily speak a language other than English.

Seventy-eight percent of all respondents purchased a detached single-family home, 9 percent a condo, 8 percent a townhouse or rowhouse, and 5 percent some other kind of housing.

Fifty-five percent of all homes purchased were in a suburb or subdivision, 17 percent were in an urban area, 16 percent in a small town, 10 percent in a rural area and 2 percent in a resort or recreation area. The median distance from the previous residence was 12 miles.

The level of for-sale-by-owner transactions was 13 percent, up slightly from a record-low market share of 12 percent in both 2007 and 2006. The level of homes sold without professional representation has trended lower since reaching a cyclical peak of 18 percent in 1997.

A large number of these properties were not placed on the open market - 45 percent were "closely held" between parties who knew each other in advance, such as family or acquaintances.

Factoring out properties that were not placed on the open market, the actual number of homes sold without professional assistance is 7 percent - the rest are unrepresented sellers in private transactions. This matches the results in the 2007 study and marks a downtrend from 10 percent sold on the open market in 2004.

The median home price for sellers who used an agent was $211,000 vs. $153,000 for a home sold directly by an owner, but there were important differences between the two. Unassisted sellers were more likely to be in a rural area or small town where sellers are more likely to know potential buyers. In addition, the home was more likely to be a mobile or manufactured home, and the owner's income was lower than that of sellers using agents.

The most difficult tasks reported by unrepresented sellers are selling within the planned length of time, getting the right price, preparing the home for sale, and understanding and performing paperwork.

NAR mailed an eight-page questionnaire in August 2008 to a national sample of 133,000 home buyers and sellers who purchased their homes between July 2007 and June 2008, according to county records. It generated 10,053 usable responses; the adjusted response rate was 7.9 percent. All information is characteristic of the 12-month period ending in June 2008 with the exception of income data, which are for 2007. Because of rounding and omissions for space, percentage distributions for some findings may not add up to 100 percent.

Good news is nice to read!  It seems that most markets are making a recovery.  Thanks for posting.

For those with REALTOR designations ... 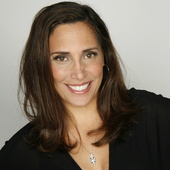