Politicians are the only people in the world who create problems and then campaign against them.. Have you ever wondered, if both the Democrats and the Republicans are against deficits, WHY do we have deficits?

equates to 545 human beings out of the 300 million are directly, legally, morally, and individually responsible for the domestic problems that plague this country.

I excluded the members of the Federal Reserve Board because that problem was created by the Congress. In 1913, Congress delegated its Constitutional duty to provide a sound currency to a federally chartered, but private, central bank. I excluded all the special interests and lobbyists for a sound reason.. They have no legal authority. They have no ability to coerce a senator, a congressman, or a president to do one cotton-picking thing. I don't care if they offer a politician $1 million dollars in cash. The politician has the power to accept or reject it. No matter what the lobbyist promises, it is the legislator's responsibility to determine how he votes.

Those 545 human beings spend much of their energy convincing you that what they did is not their fault. They cooperate in this common con regardless of party. What separates a politician from a normal human being is an excessive amount of gall. No normal human being would have the gall of a Speaker, who stood up and criticized the President for creating deficits.. The president can only propose a budget. He cannot force the Congress to accept it.

The Constitution, which is the supreme law of the land, gives sole responsibility to the House of Representatives for originating and approving appropriations and taxes. Who is the speaker of the House? Nancy Pelosi. She is the leader of the majority party. She and fellow House members, not the president, can approve any budget they want. If the president vetoes it, they can pass it over his veto if they agree to.

It seems inconceivable to me that a nation of 300 million can not replace 545 people who stand convicted -- by present facts -- of incompetence and irresponsibility. I can't think of a single domestic problem that is not traceable directly to those 545 people. When you fully grasp the plain truth that 545 people exercise the power of the federal government, then it must follow that what exists is what they want to exist.

Do not let these 545 people shift the blame to bureaucrats, whom they hire and whose jobs they can abolish; to lobbyists, whose gifts and advice they can reject; to regulators, to whom they give the power to regulate and from whom they can take this power. Above all, do not let them con you into the belief that there exists disembodied mystical forces like "the economy," "inflation," or "politics" that prevent them from doing what they take an oath to do.

Charlie Reese is a former columnist of the Orlando Sentinel Newspaper.

Tax his land,
Tax his bed,
Tax the table At which he's fed.

Tax his tractor,
Tax his mule,
Teach him taxes Are the rule.

Tax his work,
Tax his pay,
He works for peanuts Anyway!

Tax his tobacco,
Tax his drink,
Tax him if he Tries to think.

Tax his cigars,
Tax his beers,
If he cries Tax his tears..

Tax his car,
Tax his gas,
Find other ways To tax his ass.

Tax all he has
Then let him know That you won't be done
Till he has no dough.

When he screams and hollers;
Then tax him some more,
Tax him till He's good and sore.

Then tax his coffin,
Tax his grave,
Tax the sod in Which he's laid.

Put these words Upon his tomb,
Taxes drove me to my doom...

When he's gone,
Do not relax,
It's time to apply:

I could easily agree .....Vote them all out...My only concern.. what would lead us to believe the ones we vote in would or could do any better..

I think we all know what they say to get elected and what they do is a different thing...

But a GREAT Point you make here... we can only pray it will work.... and not backfire

Chris a total revamp of our legislative system is in order here.  Unfortunately it will never happen, as long as their are special interest groups lobbying our legislators, and as long as our legislators are concerned only about their individual states.  Until Congress unites for the benefit of the country as a whole, we are toast!  Love you post, featured in Blatant Politics!

It is time for a serious revamping of taxation.  The current system is designed to hide the amount of taxes that are paid so that the politicians can dole that money back out in order to look generous.  Those who rob Peter to pay Paul can always count on the support of Paul.

Great Comment Lane... i agree where ever you find Peter robbing someone you can bet he is giving the money to Paul...

I think SOME Politicians got in the game for the right reasons BUT the fame, greed and corruption begins to nibble away at ALL of them in one way or another..

People are finally paying attention because there are TOO MANY programs being paid for with taxpayers money...way too many... and the number is growing almost daily....

as i said above sadly even if we vote out every single one and vote in new politicians they have a sad (bad) track record regardless of party affiliation..... but I guess it is worth a try.. Not much too loose...... at this rate....

Linda and Terry, I agree (gasp!). The congress and senate no longer work for us. They work for themselves and their own self interests and for whatever makes them more wealthy and more powerful and that goes for both dems and reps. That system of govmt worked way back when I guess, I didn't live back then so maybe it didn't work then either.

The question is, how do you change the way your govmt is ran? A revolution? Wouldn't work, they have the military on their side. They'd just kill half of us and supress the rest. I still think that in our age of technology that we could have a govmt panel that had to listen to us before they passed anything. Put all issues to a vote, all new laws to a vote, etc.

This scenario has been creeping up on Americans for decades.... It has WORSENED with EVERY President..

We have NO one to Blame but ourselves for Sleeping through it all and waking only after they had won so many battles that it is NOW impossible for us to suddenly Wake up and Win this war...

Sadly this war has already been won... We are too late to the Front-lines...I am afraid...

Revolution Won't work..... Pink Slips Won't work''' Outrage will Never work... We are the Pawns in their game and they have SADLY succeeded in more ways then one ... They have made enemies out of God's Children....

They Win at  the cost of "us"... Each of us who Slam each other over things We have NO Power to change...

God HELP Us All as I can NOT imagine a God who will Forgive anyone who was rude and condescending in the name of Politics.... 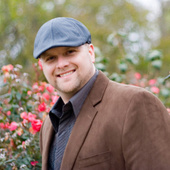