GREETINGS FROM SHIPYARD !: Here we are! Just in the nick (no pun intended) of time, the Holiday’s are upon us. Wow! Has 2009 been an unbelieveable year or what? History was made when the 1st African-American was installed as our 44th President, everyone has felt the effects of the worst economic crisis since the Great Depression, Bernie Madoff and his Ponzi scheme headed to jail and on and on. Locally, Verizon announced it will not return as sponsor of the Heritage after 2010, Boeing announced it would build its 787 Dreamliner just up the road in Charleston, in Columbia, our Governor was found coming back from a South American tryst and finally our Congressman, Joe Wilson, created a stir at the annual State of the Union address. 2010 will be hard pressed to top this year!

INTEREST RATES : Rates continue to remain at historically low rates in the 4%-5% range for both Jumbo and Conventional loans. Problems do persisit for borrowers dealing with Fannie Mae’s stringent guidelines and bank reluctance to lend, but we do have Washington working hard to rectify the situation.

What’s HOT? What’s NOT! :  In Shipyard, currently there is only 1 short sale at 1301 Shipmaster and 1 foreclosure at 171 The Greens on the market.

If you’ve been thinking of taking advantage of the foreclosures in the market, be advised that asset managers have alerted their listing agents to contact prospective buyers to let them know that the asset companies need to move the inventory on their books by years end and have encouraged you to make an offer! For the complete list of foreclosures currently available on the market from Sun city to Sea Pines, click on www.TeamFanning.com 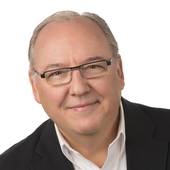