A comparatively low MSI (month's supply of inventory) is more beneficial for sellers while a higher MSI is better for buyers.

Hi Kate: I wonder if the higher Nov. sales were partly due to the $8,000 tax credit.

I think it's a combo of low interest rates, great prices and the tax credit. I am looking forward to a great 2010!

Good job of explaining the MSI. Consumers would want to know that type of information, and I'll most likely start incorporating that into my market reports. Thanks.

Hi William, Thanks for stopping by. Hope you have a great New Year, Kate 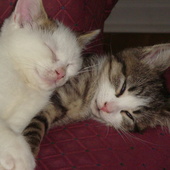