The housing market in Sudbury is looking up. Inventory levels of unsold houses continue to drop ... and is now down to just an eight month supply (though it varies greatly by price points). Since a six month supply is considered to be a balanced market, favoring neither sellers nor buyers, it looks like we're at the closest to a balanced market we've been in a few years. Existing home sales (especially in the mid to lower end homes) have shown promising figures, as first-time buyers take advantage of the buyer tax credit and historically low interest rates. Nationally it has been reported that sales of single family homes surged by a little over 10 percent in October and were 24 percent above where th ey were a year before. We have had similar results in Sudbury. October sales were up one sale (it doesn't take a lot to be 10% above when you only have 12 sales) and we were very close to that 24% figure for year-to-year increase. Keep in mind that 2008 sales were down 45% from the year before. Why the big jump in activity? The number one reason, in my opinion, is that first time buyers rushed to wrap up deals before the scheduled November 30th expiration date of the $8,000 federal tax credit . That program has now been extended into next summer and we'll see if this takes some of the sense of urgency out of the winter market. On a bright note, it bodes very well for a similar surge in the upcoming spring market. The other factor that has a strong effect on the jump in activity is the drop in prices at the low and mid-level of the Sudbury market which has led to a high affordability index (measured by taking the prices of homes and comparing that with household incomes and monthly payments at current mortgage interest rates). By the way, interest rates for 30-year fixed loans have been hovering around five percent for weeks -- and recently dropped below that into the upper four percent range. A year ago, by comparison, the average 30-year rate was 6.2 percent. The upper end of the market has stubbornly had no measurable drop in prices and thus the low affordability index has severely impacted sales at the above $1 million price points. Recently I've had Sudbury sellers in the $million plus range tell me that "there just aren't any buyers out there". This is nonsense, the lack of sales in this price point is directly related to their low affordability index. For example, if you drive 7 miles east into Weston and Wellesley, where the prices in the $1 to $10 million range have dropped in direct proportion with the rest of the price ranges bringing them to a high affordability index point, there were a total of 164 sales over $1 million so far this year. When the $million+ sellers adjust their prices down to meet the market demand they will find that there are indeed buyers out there.

So how are things doing in our neck of the woods at the tail-end of the 2009 market? Monthly Units Sold: there is a slight uptick in activity towards the end of the year, and if you look over the whole year we're probably running very close to even with 2008. The bright note is that what activity there is seems to be steady and trending slowly upward. The market environment is still unbalanced with too much inventory. In the high end, even though Sudbury continues to be a very desirable town, the tightness of mortgage money for jumbo loans continues to shrink the real buyer pool or shift the buyers to towns to the east of Sudbury that they couldn't afford a few years ago. Because of that phenomenon, prices especially at the higher end of the market will need to correct/adjust downward by the 15% that the mid and lower ends of the market have corrected to with great results. Selling Price to Original Price Ratio: The ratios this year are all getting tighter and recently have started trending very close to their historical averages. This is probably due to a higher number of sales on which to base the statistics and the three year lag time for reality to really sink-in with sellers. For the past few years, across the entire price spectrum, the average SP/OP ratio has remained consistently at 91%, that is, the houses that did sell, sold at an average of 91% of what they originally put it on the market for. Looking at this chart, you'll see a spike in April, but that is due to a single sale new build with a host of add-ons, not statistically a repeatable event. Monthly Average Sales Price: The laws of supply and demand are alive and well in Sudbury. Demand is clearly down, so the most attractive and best valued houses are the ones that have sold, the rest are chasing the market down. Studying this chart we see that over the first half of this year, the greatest demand is coming from the smaller/less expensive homes. As the year has gone on, we see more homes in the mid-range selling, partially due to the inevitable movement of foreclosures and short sales up into this price point. The spike in April is again a fluke due to one very high value home sale. Toward the end of the year, the prices have dropped back into the range of the smaller and less expensive homes, and appear to be slowly trending even or very slightly downward. Generally if there are good year-end bonuses we'll see an uptick in the sale of more expensive homes which has historically shown up on the radar screens in January month-end statistics. Days On Market: the trend is almost parallel to last year's, but homes that do sell are selling a tad quicker, which is very encouraging. I think this has again been more a function of "High-Quality" houses coming on the market and selling and increased demand created by the stimulus package.

POSSIBLE IMPROVEMENTS IN THE MARKET AND PREDICTIONS FOR 2010: The general tenor among analysts is that the housing market will continue to improve during 2010. These are the reasons why: low mortgage rates, deflated home prices equal good bargains, improving economy, and reduced inventory because of value bargain hunters. While the economy is far from getting a terrific bill of health, things are steadily improving from 2008. I feel that 2010 is the year of high hopes of recovery. I foresee that it is likely that prices will at least stabilize. Looking at today's market I do not see any chance of housing inflation or appreciation beyond the old historical 3% annual rate for a number of years. As prices stabilize, Sudbury buyers and sellers (and developers) who have been watching from the sidelines may acknowledge that we have hit the bottom and enter the market. As the economy improves into 2010, I expect to see more people who have a natural need to buy and sell come back into the market. Plus with mortgage rates at such low levels (even for some jumbo loan products) and looking to remain that way into early 2010, and the expanded income limits for the home buyer tax credit allowing more Sudbury buyers (and some sellers) to take advantage, I think we'll see a nice increase in the level of activity come early spring. 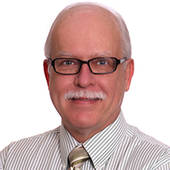 It's an INCREDIBLE Time to BUY or SELL!