In this blog I specifically want to focus on the provincial perspective. This is the root level of deciding to travel the path towards licensing or some other viable form of regulation for home inspecors. At the current time of this writing only the province of British Columbia has a regulation in place for licensing of home inspectors since eraly this year. The licensing process is managed by BPCPA.

Home inspector licensing discussions seems to be the buzz word in several other provinces. Not every home inspector wants to see licensing in the sector, after all, it will seemingly weed out some of the part-timers, as well as those that do not meet the standard set to continue to practice. Such was the case in British Columbia where the number of home inpectors dropped of by perhaps 1/3rd after licensing.

So let's take a closer look at some of the details. I will focus more specifically on my province - Ontario.

In the discipline of compliance frameworks, there is self management, which involves the industry taking the lead in intiatives to control business practices, as well as to educate the public towards good consumer or safety habits.

Self-management is practiced in varying degrees, but ultimately this can lead to all of the activities associated with industry regulations (licensing, compliance monitoring, enforcement, complaints or dispute resolution). Self-management means public accountability and accessibility, but government continues to play the participation role being unintrusive or inextensive as possible. Self-management has also brought on some clashes of ideologies, and often concerns over the management of the association. Hence a number of new inspection association grew out of home inspectors leaving and forming new associations.

As an example close to the home inspection sector that primarily deals with newly constructed homes -TARION Warranty Corporation is a self-management corporation. Basically, no one can build or sell new homes in Ontario without being registered. There is legislative statute to support the program.

A self-regulatory framework includes legislation whereby the sector has total control of the sector and the government is not involved. There really is no such legislation for the home inspection sector in Ontario. One home inspection association in Ontario has the right to manage and discipline its members, but it was clearly articulated that they did not have the right to restrict others outside of that association from practicing.

Finally there is the government regulation. In short the government introduces legislation if it believes there is public concern (safety, economic, consumer protection, unfair business practices, etc.). In the case of the home inspection sector the provincial government could introduce legislation if it believes consumers are at risk. The most notable point often put forward is to always consider that this is the only segment in house purchasing transaction that is not regulated.

Based on statistics gathered by the National Certification Program - the qualified home inspector applicants in the practical "test inspection with peer review", the practical performance measurement of 80% minimum accuracy is met by approximately 85% of all test takers. That in itself should provide a bit of substance that some level of improvement is required. However, it does not speak to those 1000 plus other home inspectors in the province that choose not to be tested.

Given the reality of the state of affairs within the home inspection sector few home inspectors want to really admit that a real potential problem already exists. Even the recent announcement of the British Columbia home inspector held negligent in the cost range of $192,000, does not seem to immediately impact or deter the nay sayers that consumers may be vulnerable. Even on some of the home inspector discussion forums there seems to much apathy and perhaps the belief that licensing "solves nothing" expressed by home inspectors.

One thing became evidently clear through the first few licensing symposiums held recently in Ontario, that are other stakeholders such as the realtors, financial institutions, Better Business Bureau, and lawyers that it's just matter of time before this topic and becomes a critical concern, more so not just to consumers and home inspectors, but to all parties involved in a real estate transaction that involves home inspectors.

As noted earlier home inspection associations in this province as well as all of Canada are volunteer run organizations. Standards for certification are inconsistent, acountability to assure conformance to a minimum Standard of Practice for home and property inspectors, a certain number of certified inspectors cannot pass a test inspection with peer review, and even the discipline within an association can sometimes be based on personal prejudices rather than the actual quality of the inspection.

At this point, self-management or self regulatory mandate would be difficult to achieve, because that involves major organizational restructuring, costs, resistance to change, etc.

Regulations on the other hand are intended to enhance consumer protection and give consumers confidence that a set standard of qualification and performance are in place.

Certainly I mean no disrespect to anyone - but sooner or later I feel the home inspection sector will be faced with the need to address this issue. Perhaps sooner than later. Only time and the good will of others and good work of those highly skilled inspectors may keep consumers happy and satisfied.

As such - I look forward to your opinion and point of view on this issue.

Any qualified HI would have no problem taking a test to prove that they know what they are doing.

Only those who are scared of proving knowledge fight regulation.

I don't agree with that statement.  I am not afraid of proving my competency in the field, but I don't agree that working in a licensed state is positive or necessary. In fact, I think in places like North Carolina and Texas it restricts what the inspector is allowed to report and dictates the format of the report.  You may be subject to laws written as a result of strong influences from Real Estate lobbies.  It increases operating costs and creates another layer of government.  Like we need more of that right now.  Does it protect me or the consumer?  I don't know the answer.  In NJ, the fee is listed as $500.00 per year.  Depending on the state, you will be required to carry expensive E&O insurance.  Again, in addition to your certification renewals, marketing, training, insurance, tools, software, etc., your operating costs will go up.

Furthermore, based on hundreds of posts I have read on the subject, it seems that it is not a cure for weeding out mediocre inspectors.  In fact, the number of inspectors initially tends to increase and inspection related schools join the contest to train and certify as many inspectors as possible.  Job seekers will flock because licensing legitimizes the field of home inspections as a career choice.  My feeling is that those on the outside wll automatically think that licensing will provide a sense of assurance and that all inspectors will be on a level playing field.  What will that do to inspection fees which are already undervalued?  (Another subject for another time) I think I pose some good arguments against home inspector licensing, however, there are special interest groups involved who will continue to attempt to get this passed. Interestingly in Georgia, there is no public outcry for licensing.  I understand that it may be impossible to hold back the tide in my state.  It is probably inevitable, however, I do want a say so in the matter.

There are no licensing requirements in Michigan. I may be one of the few inspectors here who thinks there should be at least something in place.The fact that anyone can just jump in with no training or experience is unsettling. How can I expect people to take my business seriously when there are local inspectors with no training and little experience offering their services for cheap and sometimes even for free?

Either way it's up to the public to do their homework when choosing a home inspector. The problem is the public in general just does not know what to ask. Sometimes in their eyes one inspector is the same as the next.

Licensing doesn't guarantee a good home inspector but it might level the playing field somewhat. I think it does offer the public some protection. In the end that's what's important here.

I can also appreciate that licensing in each area has also provided some differences and uniqueness.

I believe that where licensing does occur there is a need for input from as many sides as possible to assure that it is truly in the best interest of both the consumer and the profession.

As noted licensing does not gurantee a good home inspection. However, if the inspector is adequately trained and partakes in initiatives such as proctored exams, mentoring, and peer review it serves in assuring a reasonable level of competency. However, ultimately inspectors must always continue to perform at least at the same high performance level for each and every inspection.

Up here in Canada, virtually every person involved in the real estate transaction is licensed and/or regulated - accept for the home inspector. 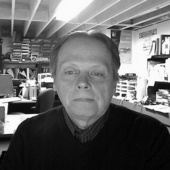