That being said, today I wanted to write about technology. I absolutely love technology and thus when a new gadget comes out, I just have to get it. So, it shouldn't surprise anyone who knows me that when Barnes & Noble announced their new addition, Nook which is an e-reader, I wanted it.

Demand was much higher than I guess Barnes & Noble had expected and the release date which was originally scheduled for the end of November was pushed off to January 2010. Naturally, I was hugely disappointed and wanted to kick myself for not pre-ordering in early November.

When reviews started coming out, which were not very favorable for the highly anticipated Nook, I started to wonder if what was being written was in fact true. I decided to go check out my latest desire for myself at Barnes & Noble.

When I first saw the Nook in person, I immediately thought how pleasing to the eye it was. I picked it up and it was pretty light and not hard to hold.  The reviews had said that it was hard to maneuver and the network 3G was very slow. I do not agree with either of those reviews as I found it very easy to use and the network was extremely quick. Naturally, with anything new, it will take a bit to get used too.

I found it very easy to get around and find books, magazines and newspapers and you can order a new book very quickly.

I am extremely satisfied with the way the Nook performed and happy that I decided to not simply listen to the negative reviews and research myself.

So although I will not get any Nookie for Christmas this year, I can relax and find comfort in knowing that I will have it in January.

Don't just take my word for it, go in to any Barnes & Noble and check out a Nook for yourself and let me know what you think.
LIKE
Re-Blog
close

Interesting post, thanks for sharing!  I'm certainly going to check this out, thanks!

I can't believe they are actually missing the Christmas buying season. That's the dumbest "marketing strategy" I've ever heard!

Enjoy your Nook, whenever it arrives...

Thanks for taking a moment to read my blog.  Let me know what you think of the Nook.

I'm with you. Who does their marketing???

Renee - Thanks very much for writing this.  I was thinking that this would be my preferred Christmas gift - I, too was shocked that they missed out on Christmas somehow.  I bet heads will roll over that.

I'll take your advice and go check it out.  Sounds like it might be something I could actually use to read, without staying up all night.

Renee - Great update.  Just goes to show you that sometimes it is important to check things out personally instead of relying on "reviews".  Sounds very interesting.  Will check this out : ) 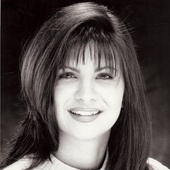