I've done some digging in the Naples Real Estate Market to try to find out what is really going on with Short Sales & REO's as it relates to the following questions.

Here's what I found at the end of all the digging. First to clarify the process, an LP (Lis Pendens) is filled once your 3 mortgage payments behind then later an FJ (Final Judgment) which states when the bank is going to sell at public auction or become an REO which then a CT (Certificate of Title) will be issued. Now based on that info here's the numbers behind the questions I have.

Here's the number of Certificate of Titles issued in each year.

Now here's the Lis Pendens that have been filed in each year.

So get prepared now because there's another wave coming, either get on or get out of the way the next years are going to be whatever you make it. Goodluck & stay positive, hmmm... now where did i leave my surfboard at...

You left your surfboard right in front of the "at..."  Great pic for the topic and nice summary of the situation.  Thanks for sharing, the next couple of years are going to be fantastic!

Great post.  I have heard the term shadow market recently, the dark shadow of homes the banks are holding onto and not yet marketing. 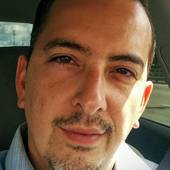