Servicers provide permanent modifications to 31,382 troubled borrowers, according to first report issued by Treasury Department. An equal number have been denied.

A nearly equal number of trial modifications have been denied permanent assistance, the report showed. The reasons include not making monthly payments on time, not submitting all the necessary paperwork, or not qualifying for reasons such as insufficient income.

The report, the first comprehensive tally of permanent modifications made, shows that loan servicers have converted 31,382 people from trial adjustments to long-term assistance as of Nov. 30.

But 30,650 people in trial modifications have been denied, according to Treasury officials.

"Our focus now is on working with servicers, borrowers and organizations to get as many of those eligible homeowners as possible into permanent modifications," said Phyllis Caldwell, chief of Treasury's Homeownership Preservation Office.

Banks and the administration have come under fire in recent months as delinquent borrowers languish in trial modifications. Lawmakers lambasted servicers and Obama officials at a Congressional hearing Tuesday for not doing more to help homeowners facing foreclosure.

The low number of permanent modifications has fueled concerns that the $75 billion plan will fall far short of its goal to help up to 4 million delinquent homeowners.

Last week, the administration announced it was ramping up its oversight of loan servicers' conversion operations, sending in SWAT teams to break up any logjams, and requiring banks to submit updates twice daily on their efforts. Administration officials called financial executives to Washington this week to urge them to quicken the conversion pace.

"We're not satisfied yet with how this program is unfolding," said Treasury Assistant Secretary for Financial Stability Herbert Allison at the House Financial Services hearing. "The servicers have a lot of work to do, and we're holding them accountable for their performance."

Thursday's announcement came hours after a report showed the foreclosure crisis might be mitigating somewhat. Foreclosure filings fell by 8% in November, the fourth consecutive month of declines, according to RealtyTrac, an online marketer of foreclosed properties. 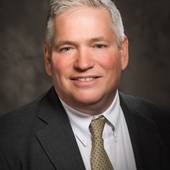