Guess what?? The coolest MCM documentary film is coming to Atlanta (after much begging, pleading and finally demanding)!

Visual Acoustics is the story of Julius Shulman the worlds most renowned architectural photographer. Narrated by Dustin Hoffman and featuring the work of every famous modern architect  since the 1930's such as Frank Lloyd Wright, Richard Neutra, John Lautner and Frank Gehry.

"This unique film is both a testament to the evolution of modern architecture and a joyful portrait of the magnetic, whip-smart gentleman who chronicled it with his unforgettable images."

Groups:
Optimizers
The Art Of Marketing You
The Lounge at Active Rain 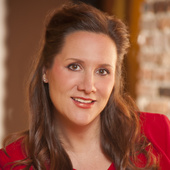