"Under all is the land. Upon its wise utilization and widely allocated ownership depend the survival and growth of free institutions and of our civilization. REALTORS® should recognize that the interests of the nation and its citizens require the highest and best use of the land and the widest distribution of land ownership".

"Such interests impose obligations beyond those of ordinary commerce. They impose grave social responsibility and a patriotic duty to which REALTORS® should dedicate themselves, and for which they should be diligent in preparing themselves." Preamble of the Realtor's Code of Ethics-2009.

How deep, and basic are the rights to own real property, and the freedoms that are interwoven with those rights and how the abuse of property rights by dictatorial regimes has led to untold death and suffering, most notably in the last century under the guise of socialism and communism.

The United States of America, despite any of her misgivings has been the indisputable champion of individual liberty, personal freedom and prosperity, which has at its bed rock foundation, the right to own Real Property!

As Real Estate Professional we have the obligation to speak out when those that oppose basic freedom.

In the words of Edmund Burke, who wrote that " we do not often think of History being shaped by silence, but the only thing necessary for the triumph of evil is for good men to do nothing".

Presently, in the United States Congress(majority party) and President we witness the continued assault on individual liberty, personal responsibility, with sweeping changes that could forever change or damage the character and fabric of our great nation!

When an administration has the power to declare that the air (CO2) carbon dioxide, we exhale and which, all living plants need to survive and produce (O2) is a gas that can be regulated, what is next? Could GMC, Banking, and Health Care, institutions be next, NO, just a another right wing radical speaking out!

In the words of President Ronald Reagan, " You and I have a rendezvous with destiny. We will preserve for our children this,last best hope of man on earth, or we will sentence them to take the first step into a thousand years of darkness, If we fail, at least let our children and our children's children say of us we justified our brief moment here. We did all could be done"

Speak out call, e-mail, write, be involved, do our "patriotic duty" and help protect the foundations of what has and will continue to keep our country the worlds best real, hope for freedom!

Thank you for being one of my hero's today!! Brilliant Post!!

I have reblogged it!!

Doc, absolutely great post.  You have spoken so eloquently about this great nation, I'm going to take the opportunity to re-blog your post.  It couldn't have been said better!

Doc, Welcome to Active Rain! Active Rain is a great place to share your knowledge, expertise and thoughts, as well as network and learn so much from the vast pool of talent already onboard. 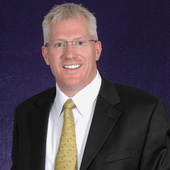