If the buyers don't like the layout of the kitchen, there's aways a handy and lengthy story about the way the Realtor re-did his/her kitchen, and the funny problems they encountered.  And we're left waiting patiently for it to end so we can ask the buyers what they think of the space.

Sometimes the problem can be us too, not just everyone else.  Really!  Even though this certainly qualifies as one of my pet peeves, I can jabber too long about a subject that the buyers and I relate to.  And afterwards I consider the fact that I let things go further than it should have.

My goal during the showing is to introduce the buyers to a home, ask some gentle non-threatening questions, watch their body language and expressions and absorb how they might be feeling about the home.  If they're getting excited, the other's agent's soliloquy about the last house he/she bought is more than an annoying distraction.  It can stand in the way of getting important information from the buyers, directly and in-directly, about their level of interest.

I'm not sure what the solution is, short of jumping up and down and yelling "stop it now" at the top of my lungs.  Probably better would be to give a strained sickly smile at the other agent, then train my eyes on the buyer closest to me and ask a question of them.

The buyers are front and center; they're the stars of the show.  We're supporting players who serve a necessary and integral function but it's their time and their day.  Let's let them have it (and spare your fellow Realtors in the process.)

Lori -  good post but I'm curious . . .  why is there another agent present during your showing?  Not permitted in my area thank goodness.

That's interesting, because in our area that's the norm.  The listing agent will almost always be present to show the house and point out it's virtues and the buyer's agent will be there working with the buyers.  Why is it not permitted in your area, how does it work?

The seller's agent is not allowed any access to the buyer.  If the listing agent does their job correctly, the virtues will be shared either in the listing or verbally to the showing agent.  A buyer wouldn't feel comfortable in the presence of the Seller's agent. 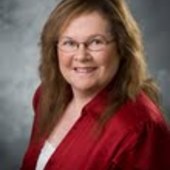