If Edwardsville's American Legion Tacos aren't already  legendary, they should be.

Tuesday is Taco Night at Legion Post 199 in Edwardsville, Illinois. We had noticed the lighted sign designed to lure motorists along IL-157 across from Lincoln Middle School but had never ventured up the winding drive at the edge of the Legion's golf course to the "On the Hill Lounge" to try them for ourselves.

(The last time I was at the Legion was on a golf outing with my uncle Marvin. I had never played, but on the first hole I smacked the ball across the fairway and onto the green. The ball rolled gently and fell to rest just inches from the cup. I tapped it in and...I think that was the day that Marvin gave up on the game.)

But I digress. Back to the Tacos.

A charming young man named Grant is the bartender/Taco Master at the Legion on Tuesday nights. His cohort in the kitchen is Jennifer. Grant likes to tell people that the Taco recipe is a secret one from her family.

Order your Tacos and drinks of choice at the bar then take a stool or find a table for the brief wait. The regulars are friendly and will make you feel welcome. A couple watched "Are You Smarter Than a Fifth Grader" with my husband and me on the bars TVs. Yes, we were smarter than the fifth graders, but the contestant needed some remedial studies.

As an aside, you'll note that the Edwardsville Legion practices democracy with the television. When AYSTAFG was over, Grant grabbed the remote control and shouted to the room, "Okay, what's on tonight?"  He was eager to take  suggestions before "So You Think You Can Dance" took hold and ruined the joint's mellow atmosphere.

The Tacos arrived steaming in a small paper basket. I started with three, which seemed like a reasonable number. My husband ordered five. (At 50 cents a Taco, you could munch these all night and never break the bank. That would be cheap, but digestively inadvisable.)

The world is separated into those who love corn tortillas and those who prefer flour. Normally I am in the flour camp, but the Legion's corn tortilla Tacos were terrific. They were filled with a moderately spicy ground beef filling and you are encouraged to add the toppings of your choice from a small Taco bar setup that included cheese, lettuce, jalapenos, sour cream, diced onions and a wonderful salsa that -- if I am any judge of salsa -- had a real homemade zing. (Jennifer, if it comes from a can, lie to me. I don't want to know.)

Taco service begins at 6 p.m. every Tuesday night. The lounge offers a limited amount of other food including a Rib Sandwich (similar to a McRib) which Grant says must be served with onion and pickles, a Philly Cheesesteak, Pizza, a Super Poorboy and a hot dog.

As we were leaving I had to ask Grant the big question when it comes to tasty and cheap foods: What's the one-person consumption record?  Right now, it's 24 he answered.

Can you beat that? If you try, tell them the Goshen Gourmet sent you.

Groups:
Almost Anything Goes
Posts to Localism
Things to Do/Places to Visit
Illinois

You have not had tacos until you have had them here in So Orange County. 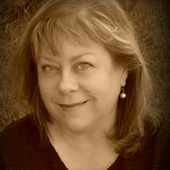