The 5 following questions may help you decide if now is the time to go ahead and purchase a home or refinance your current home.

Q: Why are rates so low?
A: Since early January, the Federal Reserve has been purchasing mortgage-backed securities guaranteed by Fannie Mae, Freddie Mac and Ginnie Mae in an effort to stabilize the housing market by making homes more affordable for consumers. The Federal Reserve Bank of New York, which is managing the program, plans on purchasing $1.25 trillion of securities.

Q: Are rates expected stay this low?
A: It’s hard to tell, but don’t count on it because the lending landscape is likely to change next year. In September 2009, the Fed said it would gradually wind down the purchase program, ending it by March 30, 2010. That has some in the mortgage lending industry worried.

In a recently published mortgage survey, more than 60% of Bankrate.com’s panel of experts predicted that rates will move higher over the next 30 to 45 days. How much higher is anyone’s guess. Last year at this time, the average 30-year, fixed-rate mortgage was 5.53%.

Q: Why do different mortgage surveys come up with different average interest rates?
A: It depends on which lenders are in their sample, when the survey was taken and whether the rates quoted are the posted rate, the application rate or the commitment rate. Also, some surveys take into account the points paid to secure the rate.

But regardless of the survey, the general consensus is that rates are ultra-low right now and may be the lowest the market will see.

Q: What else does a consumer need to know?
A: The lowest rates are offered to the most credit-worthy customers who can make sizable down payments. Shop not just for the interest rate and the points involved but also for the fees involved, which can vary widely from one lender to another.

If you’re refinancing, remember the bigger the loan, the greater the payoff for finding a lower interest rate. Savvy customers put in their paperwork with a lender and set a “strike” interest rate at which to lock in the loan, a good move considering rate volatility.

Several refinancing calculators are available online that let borrowers plug in all the required numbers and determine the monthly savings and how long it will take to recoup the expense of a refinancing.

Q: So is now the best time to buy a home?
A: It depends on personal situations. Homebuyers certainly have a lot of factors working in their favor right now—low interest rates, plenty of marked-down homes for sale and an extended and expanded federal tax credit that will expire in the spring.

On the flip side, there’s growing sentiment among analysts that housing prices, which are showing ever-so-minor improvement, may fall further. The reason? Lenders are expected to get better at determining which borrowers will qualify for loan modifications. That means lenders also will get faster at moving homes through the foreclosure process.

Mark Zandi, chief economist at Moody’s Economy.com, recently predicted that housing prices nationally will hit bottom in 2010’s third quarter. That means anyone buying a house now could see the value of their investment initially depreciate. 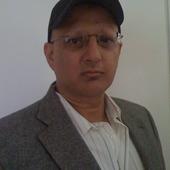 over 11 years ago
bookmark_borderbookmark
Property taxes are on the rise nationwide, even as...
View more Recent Posts   arrow_forwards