One of my previous posts about forcing banks to reduce mortgage balances through the bankruptcy cram down procedure generated much discussion.  A prominent financier, Lewie Ranieri also believes that the way out of this mess is reduce mortgage balances on underwater homes.  If you want to read the entire article about Lewie Ranieri and his idea, click here for the Fortune Magazine article.  I will summarize it here.

At Salomon Brothers in the 1980’s Renieri was one of the people who developed the mortgage backed security.  For better or worse, this innovation expanded the amount of money available to lend for mortgages.  He now believes that the way out of this mess is reduce the principal balance for mortgages and has started a company to do just that.  If current lenders would follow Renieri’s business plan, it would be a win-win for everyone.

His company contacts the borrower and works with them to reassess their finances and to lower the mortgage balance so they have a payment they can afford.  His plan tries to address the both of the primary reasons why there are so many defaults.  The first is that borrowers cannot afford the payments because they borrowed too much and then suffered a loss of income.  The second is that the home is underwater.

He states that loan modifications do not work because it does not address the issue of negative equity and do not lower the amount owed.   Borrowers who have their loan amount lowered so that they have a stake in their hone again are more likely not to default.  Renieri’s company has bought and then lowered the balance of mortgages and under the new plan; the default rate is only 7%.

The current problem is that the mortgage market was so good for so long that personalized servicing did not exist.  Most servicers are giant, highly automated operations that just mail out statements, process checks and make escrow payments.  "The four biggest banks, Bank of America, J.P. Morgan Chase, Citigroup and Wells Fargo control two-thirds of all servicing.  When things go bad, they tend to foreclose and move on."

Renieri’s plan, which has worked already, is to buy delinquent mortgages at a discount, work with the borrower to lower their balance, get the borrower to pay on time with this new mortgage and then sell it at a profit.  If the current lenders would take the time and effort, they could do this with their current customers rather than foreclose.  This way everyone wins.  You have to wonder about the competency of the people running the banks.  They have already lost billions of dollars and needed the tax payer to save them.  Now they have a solution staring them in the face which could benefit them and they do nothing but foreclose.

I've been reading some of your very informative posts. I've been meaning to comment. Your post and discussion about the angry judge was great.

Mitchell-Thanks.  It seems if the banks do not change their behavior, the courts and/or the government will do it for them. 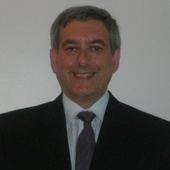