As a COLORADO SPRINGS LENDER, I have seen the Real Estate market swings along the Colorado Fro

nt Range a number of times. We have had our share of booms and busts over the last thirty plus years. None are more memorable, though, than the current boom-bust we are currently struggling with.

The seeds for our current malaise were sown way back during the Carter administration with passage of the Community Development Act in 1977. The provisions of the Bill lay dormant for the most part until the Clinton administration began a push to encourage home ownership for as many folks as possible.

Unfortunately, rules began to be relaxed in the generally good economy of the 1990s and early 2000s to the point that qualifying became a total joke. The comment about being able to fog a mirror and you would qualify to buy a home was virtually true. Of course, with contrived demand and artificially low interest rates, the supply of homes became more expensive. Driven by the fear of missing out, families kept bidding home prices up to the breaking point, and the rest is history.

So, as a COLORADO SPRINGS LENDER, I return to my original question. Has Common Sense taken a holiday? There was a time we looked at a credit report as a piece of the qualification process. There were no computer generated numbers to stop us dead in our tracks. A small blip or two on the report was not a reason to deny a customer a loan if there was an adequate explanation.

The industry as a whole used qualifying ratios that allowed for a consumer to still be able to eat, clothe their children and take in a move every now and then. The loan package represented a total profile of the customer. They were not a number, and a real human being would weigh the evidence to make a loan decision.

Folks, it really isn't that difficult. When a consumer is allowed to move into a new home with no proof of income, and ratios that are over 60 or 70%, just because a computer algorithm says it is ok, it is time to fall back on good old Common Sense.

The point of home ownership is to provide an increased quality of life for the family who resides there. One that allows for the ability to pay the bills, live, eat, and save for the future. Unfortunately, in the attempt to put everyone into a home, we missed the mark by a thousand miles. Do politicians crave power and votes so much, they are willing to legislate our families into these traps? You can answer that for yourselves.

As the New Year is set to begin, let us all reflect on where we have been. Let's use the innumerable ideas and thoughts shared on Active Rain to help develop a well rounded outlook about the world in which we live. Let's take a dose of common sense and watch what is going on around us. The same group who legislated this quagmire, is the same group legislating health care, cap and tax, and global warming treaties. Do you think their motives have suddenly changed, or are we headed into another politically motivated debacle?

You can discern the answers to these issues for yourselvs. I, for one, am past ready for a return to a bit of Common Sense in all of our lives.

Great post Guy!  I'm  on that common sense train with you as well.  Full speed ahead! :)

Thank you Trina. I am right behind you!

The idea of having common sense transmuted in to emotional pampering.  Sound thinking has digressed into foolish opinion... No practicality. 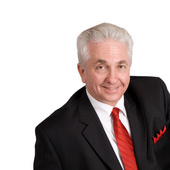