The City of Celebration has done it again by organizing one of the best parties to celebrate the birth of our nation. The celebration was centered around an 80's theme.  There was a best 80's costume contest, the firework display to have an 80's background music, and a presentation from "A Flock of Seagulls", (yes, in case you don't know them, an 80's band).

There were also local musicians; rock 535, the Dixieland Jazz Band, and the Celebration Players.  Food and drinks from the local restaurants (Columbia, D'Antonios, Starbucks, Saitos) were available to purchase on Front Street.  No 4th of July celebration would be complete without the bouncy inflatable area and a rock climbing wall for the little ones.

Not included as part of the celebration but taken place at the same time there was an event promoted by Lincoln, yes the car manufacturer.  Lincoln and KitchenAid had a guest Chef, Jon Ashton from England.  During the day he had several 30 minutes segments in which he showed the audience how to prepare very flavorful, healthy and very delicious meals, drinks, and even dessert (yummy).  Every dish prepared by him was given to the audience to sample.  He was very charming and how can you not like him with that English accent (he was also not unpleasant to the eyes either).There were giveaways by both companies (a GPS system and a very nice gas grill), and a test drive by Lincoln.  I tested a

Lincoln Navigator, for doing that and taking a short survey I was awarded a gift card for a local restaurant, Roy's Hawaiian Fusion Cuisine.

There was some rain during the day but it did not make a difference, as everyone seem to be having a great time. Some of the children decided to take advantage of the fountain display and get wet, Disney style! Overall we had a great time and I hope wherever you were, you had a Great time too. Happy 4th of July 2007!

Too bad the weather was icky all day in Kissimmee.  I tried to get out of Kissimmee Bay, but the rain kept pulling me back in the clubhouse :)

I wanted to enjoy one of many July 4th celebrations....from Lake Wales to St. Cloud.

I know, but still people really enjoyed it, rain and all.  I left about 6pm, because my kids were exhausted already.  We had a great time even without the fireworks.

John,  You should have seen the costumes, they were really great.  I was surprised to see that most of the people that were in costumes were probably born in the 90's (LOL)

We had a lot of fun, it is one of our favorite holidays along with Christmas and New Year.  It give us an opportunity to celebrate together along with the rest of the community.  thanks for stopping by! 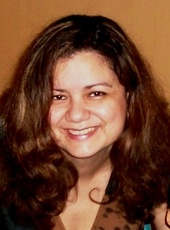