Despite a slow market and a slight decrease in the resale value of most remodeling projects, REALTORS® report that the smartest home improvement investments may also be some of the least expensive. Results from the 2009 Remodeling Cost vs. Value Report show that small-scale exterior projects are the most profitable at resale, according to estimates by REALTORS® who completed a recent survey.

"Once again, this year's Remodeling Cost vs. Value Report highlights the importance of a home's first impression," said NAR President Vicki Cox Golder, owner of Vicki L. Cox & Associates in Tucson, Ariz. "With exterior projects returning a high percent of project costs upon resale, Realtors® can help give your home curb appeal while adding value to the real estate transaction.

The 2009 Remodeling Cost vs. Value Report compares construction costs with resale values for 33 midrange and upscale remodeling projects comprising additions, remodels and replacements in 80 markets across the country. Data are grouped in nine U.S. regions, following the divisions established by the U.S. Census Bureau. This is the twelfth consecutive year that the report, which is produced by Hanley Wood, LLC, was completed in cooperation with REALTOR® Magazine, as REALTORS® provided their insight into local markets and buyer home preferences within those markets.

On a national level, the project with the biggest improvement from 2008 was the attic bedroom addition, recouping 83.1 percent of remodeling costs compared to 73.8 percent in 2008. The only other interior project that landed in the top 10 was a minor kitchen remodel with 78.3 percent costs recouped.
Other exterior projects in the top 10 include midrange vinyl and upscale foam-backed vinyl sliding replacements, which returned more than 79 percent of costs. In addition, several types of window replacements - midrange wood, midrange vinyl, and upscale vinyl - all returned more than 76 percent of costs upon sale.

Similar to last year's report, the least profitable remodeling projects in terms of resale value were home office remodels and sunroom additions, returning only 48.1 percent and 50.7 percent of project costs.

Regionally, cities in the Pacific states of Alaska, California, Hawaii, Oregon and Washington once again outperformed the rest of the nation in terms of remodeling costs recouped upon resale. The West South Central region of Arkansas, Louisiana, Oklahoma, and Texas; the East South Central region of Alabama, Kentucky, Mississippi and Tennessee; and the South Atlantic region of the District of Columbia, Florida, Georgia, Maryland, North Carolina, South Carolina, Virginia and West Virginia also performed relatively well.

Golder commented that remodeling projects are just one of many factors that contribute to a home's overall resale value. "As the first, best source for real estate information, REALTORS® are experts in providing insight into what projects and investments will make a difference in your house. It's important to consult with a REALTOR® who can explain the variety of factors that affect a home's value, such as location, condition of surrounding properties and the regional economic climate," she said.

Results of the report are summarized in the January issue of REALTOR® Magazine. To read the full project descriptions, access national and regional project data, and download a free PDF containing data for any of the 80 cities covered by the report, visit www.costvsvalue.com. "Cost vs. Value" is a registered trademark of Hanley Wood, LLC. 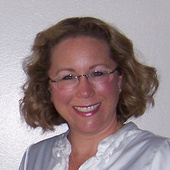 Information on the current San Diego Real Estate climate and my general musings about everything else.