Here's a few pics from a recent trip to Waverly Hills Sanatorium in Louisville, KY. A renowned ghost site...

I used a long exposure and no tripod. That's why they are blurry, but kinda ghostly... ;)

The family that bought the building now sells guided night tours. This was a lot of fun because I love exploring vacant buildings - especially ones with a view. We were hooked with the 1.5 hour tour and now we want to have the eight hour overnight experience!

"The massive collegiate gothic style sanatorium still stands on Waverly Hill today. This sanatorium could accommodate at least 400 patients. It was considered to be one of the most modern and well equipped facilities when it opened. Construction of this sanatorium began in March of 1924. It opened on October 17, 1926 to administer patients. Waverly functioned as a tuberculosis hospital until 1961."... read more at TheRealWaverlyHills.com

Hi Jeremy~  I have never experienced a ghost and not quite sure if I would enjoy the experience one little bit! LOL!

That's really spooky!  I haven't toured that place yet. Eight hours overnight would really be over the top!

Jeremy, I have experienced a ghost in one of my listings and it was an eerie experience.  I took a ghost walk in Old Town Spring here locally and it was a lot of fun.

If you like those you should stay at the Stanley Hotel in Estes Park Colorado.....Ghostly experience.

ooooooOOOOOOOooooOOOOOOooooo.  This is scary stuff!  I can't imagine spending the night in one of these "spooked-out" spots. 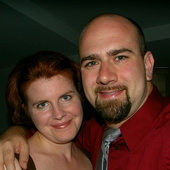 Wetting my feet in the bolgosphere.