Southern California - There have been many articles written about the foreclosure avalanche that was supposed to happen this fall; including mine which I penned in October 2009.  I am a student of the market and listen carefully to bank professionals and loss mitigation personnel when I am negotiating directly with them.  I was assured by more than one of them that there was an avalanche of foreclosures that were going to hit the market before the end of the year. I passed that information on to the buyers I am working with.

Here we are; at the end of the year and there has not been a Foreclosure Avalanche here or anywhere else in the nation that I am aware of.  I stand by my conversations with insiders in the industry and I think they genuinely believed they were giving me valid information.  That means, we just need to be patient.  The foreclosures are coming.

Theories that the government is holding onto foreclosures in an effort to control the housing market ring of conspiracy theory to me and I cannot give them any merit.  A government that encourages their citizens to take advantage of homebuyer tax credits and remarkable interest rates is not going to secretly hold onto non-performing assets in an effort to control home prices.  It doesn't make an ounce of sense - even for a government reknowned for paying $300 for a hammer, it doesn't make sense.  Besides, do you see hundreds of vacant homes cluttering up neighborhoods?  No.  Neither do I.

Nothing has changed.  The banks are still trying to catch up with their non-performing assets.  How many stories have you seen or heard where someone is living in a home they haven't made a payment on in a year?  Yeah, more than one...right?  Me too.

The banks will catch up, the Notices of Default (NOD) will happen, short sale listings will continue to dominate the inventory and foreclosures will start happening.  We are still going to see a surge in the foreclosure industry.  We're just waiting on the banks to act on their non-performing assets.

Take control of the situation.  Have your buyers pre-approved, through underwriting, so they are ready to make a strong offer when the time comes.  There is still stock market money out there being put into real estate, but I see that mostly in the under $250,000 price range.  Once you get over that, first-time buyers and move-up buyers seem to have a clear advantage over investors in our market.

This is not time to seat on the fence and you certainly should not be leaning against the fence agreeing with conspiracy theorists.  The inventory is going to swell.  Will you ride the wave or be crushed by it?

Correct me if I'm wrong, but I have heard just the opposite, since legislation passed that no longer requires the banks/investors to report losses on a monthly basis on foreclosed assests they can now wait until they actually sell them to report any losses, which has given the asset management companies and banks incentive to hold on to foreclosed assets, SLOW down the release of them to the market and sell them as needed, when they want, including waiting (years) in necessary so as not having to report as large of a loss that they would have if they "flooded the market" and sold in today's market.

Well written Vic, I totally agree with you with the one exception. When I heard in the summer that another wave of foreclosures would be released in the fall, I thought it seemed weird. Why would they do that so close to the holidays? Historically, they stopped foreclosures during the holidays, so by following history. I think they revised the plan and will start the foreclosure shortly after the new year. But who knows. Your guess is as good as mine.

For buyers sitting on the fence waiting. I wouldn't unless you can afford to wait-wait -wait for the inventory and then the title. In Massachusetts this process can take months. If you've found a good home in your price range and there is allot of good inventory during the winter. Go for it. Remember one in the hand is better than 2 in the bush!

Vic, a couple of months ago I heard that today, December 21, was going to be the day when the banks are going to start releasing their inventory to the market.  I'll give all those REO agents a few days to put them in the MLS.  We shall see.....

Paul, I respect that you have heard the opposite, but if banks were sitting on dozens of foreclosures for those cited reasons, I believe we would see vacant properties in many neighborhoods and we are not seeing that.  Thanks for tipping me to that legislation.  Let me know if you write a blog entry about it because I'd love to know more.

Thanks Lisa, I asked the Asset Managers the same question and they said the holidays had nothing to do with their plans, that's why I expected to see an increase in inventory by now.

Great tip Bob!  Now that is some hot information.  Let's keep an eye on that!

There isn't any crystal ball.  Who the heck knows how it will really play out..... be prepared for anything and everything! 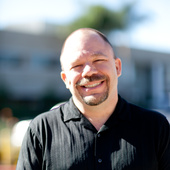