1) Multi Tasking, many phones can't do that, it means that you can leave on the background running an app and you can switch to another app and another and then come back from the ones that you left running before without closing the other apps and everything working at the same time. Well you know what I mean by Multi Tasking several tasks at the same time running with no problems.

2) Open Source applications, Permits users to use, change, and improve the software, and to redistribute it in modified or unmodified forms. Many developers can work on a software application, for instance to create awesome apps.

4) Android On November 2007 was adopted by the Open Handset Alliance, a consortium of several companies which include Texas Instruments, Broadcom Corporation, Google, HTC, Intel, LG, Marvell Technology Group, Motorola, Nvidia, Qualcomm, Samsung Electronics, Sprint Nextel and T-Mobile was unveiled with the goal to develop open standards for mobile devices.
Have you heard about these companies above?  What does it mean?  The potential that Android OS offers is very broad and shall be used for many new gadgets and phones by these companies, it means that you'll have  a lot of innovations and support.

6) By the end of 2009 there will be at least 18 phone models using Android worldwide, according to Google, I can say that starting the first Q1 of 2010 J.

7) The Android Developer Challenge was a competition for the most innovative application for Android. Google offered prizes totaling  $ 10,000,000. There is a lot of Android code injection and Google into Android Devices.

8) Google has also participated in the Android Market by offering several applications for its services. These applications include Google Voice for the Google Voice service, Scoreboard for following sports, Sky Map for watching stars, Finance for their finance service, Maps Editor for their MyMaps service, Places Directory for their Local Search, Secrets for safely storing passwords and My Tracks, a jogging application. Android phones that include the 'Google Experience' also have Google Search, Google Calendar, Google Maps and Gmail integrated.

10) Community of open-source enthusiasts that build and share Android-based firmware with a number of customizations and additional features, such as FLAC lossless audio support and the ability to store downloaded apps on the microSD card

11) In October, 2009, Gartner Inc. predicted that by 2012, Android would become the world's second most popular smartphone platform, behind only the Symbian OS which powers Nokia phones very popular outside the US. Meanwhile, BlackBerry would fall from 2nd to 5th place, iPhone would remain in 3rd place, and Microsoft's Windows Mobile would remain in 4th place.[76] Taiwan's Market Intelligence & Consulting Institute (MIC) predicted that in 2013, 31.8 million Android phones and 126 million Android-based portable products would ship.

12) Not counting Android T-Mobile as G1 and My-Touch , Analytics firm, Flurry, estimates that 250,000 Motorola Droid phones were sold in the United States, during the phone's first week in stores.

15) This Android mobiles shall have a lot of potential for your real estate needs, many Google products / services are already there and more are being integrated in the Android OS.

I will be posting later more!  Sasha Dear wrote 10 reasons to buy an Iphone, I will be writing some good apps for your real estate  needs using Android apps examples, those reasons that Sasha wrote we have them already in our Android device, there are same applications under different names and developers giving the same kind of result or better for our real estate needs as the Iphone, the difference between other phones and this Android is the potential mentioned above and the alliance that Android has with many companies and of course we love Open.

Some information was taken from Wikipedia.

Oh remember and that Google is your friend!

Yes, I've been following the development on AndroidCentral.  I switched from T-Mo to Verizon years back because the area I service gets very poor reception on the GSM networks.  Otherwise I would probably have an iPhone ;)

This will certainly be the year of Google-based devices, that's for sure.

Pete,
Great :)  here T-mobile is good and I don't have any problems with the signal, so I love it so far

Good to hear.  Do you think you'll make the jump to the Nexus? I'm still in my "honeymoon" phase with my droid and soon they will upgrade the ROM from 1.5 to 2.0 which will vastly improve the device.  I'm wondering in the Nexus needs a little trial and error work before I make yet another switch.  Plus, I think I would have to check my Verizon contract as my Eris is a subsidized device and some carriers penalize you for porting your number before a certain date.

Peter,
I already answered to your question and for some reason it did not go though, here again I am writing, :)

Well for me   price and cost effective is not worth it,   $ 529 ?  that's crazy  in around 6 months it will drop the price I believe so, so I will wait until it comes the time, also my two year contract with my G1 ends on november and I will be a good canditate to renew my phone, so I think that I will wait,  I know that google nexus one is a great phone, but I'm not willing to pay right now $ 529 :)

Ray, it looks like Verizon may be pushing out 2.1 to the Eris within the next few days, or week.  Faster processing spped, will run Google Nav and much more!

Just finished my first week with my new Motorola Android.   Wow!  This has been a huge jump up from my Blackberry in utility.  LOVE THIS PHONE!!!  Now, I'm sure I will be more productive with the Android if I can just stop finding and playing with the thousands of apps :-)

It looks like Verizon will/may be releasing the Nexus 1 to Verizon on March 23rd.

Hey, Ray, once the Eris gets rooted then Louder Volumne hack will work.  Until then it won't work on 1.5.  But the volume on my new Eris works better; my other was defective.

Hey Peter,
Got it for some reason I thought that your phone was rooted already,  I'm using cyanogen 4.2.14.1  that's why :)   it boosts a lot the volume  Louder Volume Hack.

On regards Verizon that's good, but still I will be holding with my old one, I really don't want to spend either $ 530 or $ 179  with 2 years plan and pay extra $ 40 for the data plan that's really annoying, I have not seen lately the updates about the phone plans, but I'm not willing to pay that when I am paing right now just for the unlimited data plan $ 24.99

Hi Ray-  I'm running a leaked 2.1v2 ROM on my Eris and the thing is like a completely different phone!  And, as of today, Verizon is rolling out 2.1 for the Droid.  This really opens up new avenues for handheld computing.

Hey Pete,
thaat's good to know, I'm still running the cyanogen latest version, it's good I don't complain at all,

I did not know if I missed your email or you did not email me back, anyway I have been checking the the HTC HD2  it's very affordable and better than Iphone and for a great price if you commit for 2 years.

I believe that you have seen it !

Pete,
I Have read great reviews about Droid and you can't be wrong, why you did not choose Evo?   oohh my bad,  Droid is Verizon and  EVO is from Sprint,   I really want a 4.3 screen with the same capabilities on my T-mobile carrier, I believe that they have not done that for the reason that there is conflict of interests with the already out  Nexus One,  hope that soon we will have an android device running a HTC 4.3 screen,   the  HD2 yes is HTC but it is under windows os and when there are some gossips that they will release the drivers for android I believe when that happens the HTC HD2 will be outdated, so hopefully HTC sooner or later will make an android device at least like EVO :)

Hi Ray, carrier was the biggest issue.  Also, 4G is virtually nonexistent where I live and I've held the EVO device; for me, something that big was very clunky to carry around.  The INcredible is just big enough to get the job done.  Froyo, or v2.2 is supposed to boost speed by 2-5x and allow wifi tethering for both EVO and Incredible as well as other newer droid devices.

Supposedly, Verizon will be coming out with something called the Scorpion next year. Now we just need app cevelopers to come out with some really great apps.  I found a great one called LastCall that allows you to perform actions after you receive a call, such as add to calendar,task, view contact, etc.  Very cool.

I got the EVO the day it came out and love it!  We have 4G here in Boise, Idaho so it is really nice.

Excellent to hear, Jim.  I recently rooted my Incredible (essentially giving me super user controls) which gives me the ability to load certain apps that ordinarily aren't able to run on an Android or HTC phone.  One is Wifi Tether which essentially allows you to use your phone as a wireless modem for free.  While Pdanet and Tether accomplish the same thing, they require a USB cable. Wifi Tethering will do it without a cable.  Check out xda developers for instructions.

Pete and Jim,
this is great information !, yea, I rooted my g1, but the mytouch 3g slide I have not done anything with it, right now I don't have any need of it, I'm just waiting for the froyo update,   Jim, how does it work for you the Froyo ?

Ray, I just joined your group and subscribed to your blog since I ordered new Droids for Bob and I last night...our new Samsung Intercept phones should be arriving within a week! :)

P.S. Also, here is a blog post I just wrote about how we switched from the iPhone:

We Switched & Saved $90/Month! iPhone to Android - Sprint Everything Plus Referral Program (EPRP)

I got it :) I did not read so well this message, but I'm here answering, I'm glad that you decide to go for an android, please let us know about your experience in your profession with your new android phone, we will be here to support you :)

Love this group - thanks for sharing. 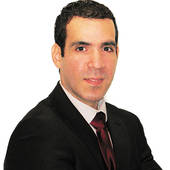