About the New River Valley

SW Virginia's New River Valley is made up of some of the most beautiful places on earth and so much history; there is not enough time nor space to mention it all!  The counties of Floyd, Giles, Montgomery, Pulaski and the City of Radford are all part of the NRV. It is located in SW Virginia and the Blue Ridge and Appalachian Mountains. The New River at 350 million years old(reportedly),is second only to the Nile as the oldest river in the world & flows backwards!

The region is 1,458 square miles; is bordered by West Virginia the Blue Ridge Mountains. With I-81 passing through the region and close proximity to I-77 and 64, the area is accessible to both East and Mid-West markets.

Again, so much to see and so little time. Make a decision to visit the NRV!

Beautiful photos, Blacksburg IS my favorite place in Virginia! 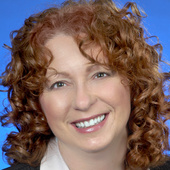