This month may be one of the most significanat to date for gaining a clearer sense of direction for our future Lake Norman real estate market.  We know that November experienced stronger sales due in part to the expectation of the expiration of the first-time buyer tax credit.  If sales continue to show improvement this month, it may be an indication that the bargains are drawing more and more buyers into the Lake Norman housing market.

One interesting thing I have observed is that many banks want properties off their books by the end of the year.  I just has a short sale approved after months of waiting...but the stipulation was that we had to close by Dec. 30th.  This may also contribute to a relatively strong December.

The above chart is a summary of today's "Hot Sheet" from the Charlotte Multiple Listing Service for single family homes in all of Lake Norman (area 13).  These numbers represent a real time snapshot of the past two week's activity.  (December 1 - 15).  As always, I have included the past 5 months so that you can put these numbers in perspective.

New listings dropped sharply compared to previous months and are 22% below the same period in 2008.  (Our total number of active listing in Lake Norman have dipped below 1300 which is a 12% drop from December 2008).  A decrease in inventory is the most significant component to our housing recovery.

The number of properties that came back-on-the-market, most likely due to cancelled contracts, was actually quite high considering the time of year. This is further evidence that our loan process is extremely challenging.  More properties came back on the market than closed in the past two weeks.  Clearly This explains why our pending sales are not translating to even higher closed sales.

The number of price changes also dropped significantly.   While I am seeing price reductions daily, my guess is that many sellers will wait until after the holidays so that they get more bang for their buck so to speak.

Pending home sales remain pretty strong considering it is December.  They are 57% higher than December 2008.  Since these are an indicator of future closed sales I predict our December 2009 sales will be about the same as November or maybe even a bit higher.

The number of closed sales in the past two weeks are almost equal to October's and up 58% for the same period in December 2008.   Last year we closed 62 sales in December so I think we are on tract to beat that number!

Contingent and Conditional sales have dropped almost 30% compared to October but up 43% compared to December 2008.   Since these are properties that just went under contract, these may translate to a typical seasonal January slowdown but still indicate a dramatic improvement from December 2008!

While the number of showings on my listings have slowed and I am not showing as much property as I did most of the year, there are still serious buyers and motivated sellers around Lake Norman.  It continues to be all about bargains and I'm sure this will be true until our prices bottom out and our inventory is back in line with our sales.

I just read in the news that wholesale prices spiked which may lead to inflation worries.  It will be very interesting to hear what the Feds say after their meeting in the next few days.  Hopefully, interest rates will remain as they are.

Finally, a UNC Charlotte economist, John Connaughton, recently said that the NC economy has begun " ...its long, slow, turnaround, but it could take years before job and spending figures bounce back in the levels of better times..."   He went on to predict that our state's economy will grow 2.8% in 2010 compared to a decline of 3.6% in 2009.  While Connaughton expects North Carolina's unemployment rate to remain in double digits in 2010 (10.5%), he said "The recession is over, and the really positive news is we've started to see a change in the unemployment side.   Things will get better each quarter in 2010."

Our Lake Norman real estate market has a long way to go in order to fully recover but it does appear that 2010 will bring more hope than 2009!

Lake Norman Real Estate:  What do recent sales in The Point tell us?

Lake Norman Real Estate:  Why is it so hard to buy a home right now?

Diane - Great info regarding Lake Norman Home Sales !  That is a great point regarding the short sale.  I hope more banks speed up the process in the first quarter of 2010 !  It certainly looks like you are on top of all the market activity in your area.

Diane, is it not "if" interest rates will go up, it is when.

Everytime we see the interest rates go up even a 1/4 point, we see buyers enter the market. They think OK this is the end.

Diane.....great read as always.  I hope that you have a great year for 2010 and that your new business venture is a success. 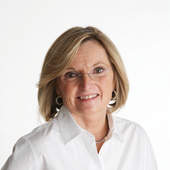