If you are thinking of buying a house, now is the time to get serious. If you don't act soon, you will someday find yourself asking: "Why didn't I buy in 2010?" If you are a first-time buyer, or a current homeowner who meets certain requirements, there are generous tax credits available until the end of June 2010, but that's not the most important reason to buy now. The most important reason is: historically low interest rates - the lowest they have been in almost 40 years!

2. Second, after the last long-term trend from low to high, it took more than 20 years for the rates to get back to where they were, and 30 years to actually start trending below the 1970 low.

3. Many experts believe, and historical trends show us, that as the economy stabilizes, it is likely that we will see 30-year fixed rates climb to 6% within the foreseeable future and probably to a range of 7% to 8% when the economy is back on track.

What Does this Mean to You?

Many potential home buyers are sitting on the sidelines, thinking that home prices have not stopped declining. That may be true depending on the area of the country you live in, but price is only part of the equation. Interest rates impact (1) the total cost of the house, (2) how much house you are able to purchase, and (3) your monthly payment.

2. As the economy stabilizes, it would be reasonable for us to see 30-year fixed rates climb to 6% within the foreseeable future and settle at a range of 7% to 8%. In other words, at 5%, you may be qualified to borrow $400,000, but at 6%, you may qualify to borrow significantly less. The rule of thumb is that as the interest rate increases a quarter of a percent, the amount you can borrow decreases by about $10,000.

3. Assuming that points 1 and 2 don't impress you, let's talk about something more tangible - your monthly payment. Many buyers think that prices have not reached bottom (even though prices have been trending up slightly in many areas). Going back to our $400,000 loan, at 5%, your payment (without taxes, insurance, etc.) would be about $2,150. Imagine that prices drop 15%. Your loan is now $340,000, but interest rates have gone to 7%. Your payment is now about about $2260!

The Market of a Lifetime

Of course it's not the right time to buy for everyone. People are worried about their jobs and the stability of the housing market in general. But over time, real estate has always been a good investment. If you have a good stable job, good credit, and the down payment, and are planning on being a homeowner now and/or in the foreseeable future, then pay more attention to interest rates than price. Don't find yourself several years from now saying "Why didn't I buy in 2010?"

These numbers are approximate and for illustration purposes only. You can confirm all of these numbers and assess your own situation with a mortgage consultant. Visit this website for more information. 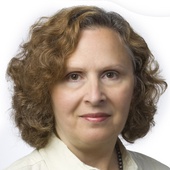