Everybody is discouraged by the drop in home prices over the last 3-4 years, especially people who want to "move-up" to a larger home.

Our statistics show that the median selling prices of residential homes in our 24 town area (from Branford to Waterford Connecticut) have dropped 14.1% since 2006 (as of November 2009).

I've estimated the results of buying now or waiting as shown in the table below:

Why is the gain so much larger by moving-up now?  Any increase in home prices will be a larger dollar amount using the median price percent change AND we're assuming the government tax credit will be phased out at the end of April 2010.

So now is really a good time to "move-up" to that home you've always wanted!

Ed, great job on this blog and the comparison that you made.  Hopefully Buyers will read this and take your advice. 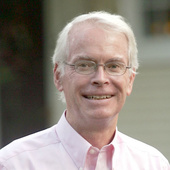