Love this blog post. Optimists are always acused of setting goals that are too high. I say.. keep your goals to yourself. Don't cast your pearls among the swine.. lest they get trampled.

In English.. if you share your goals, be careful who you tell. Some will knock you down before you even get started! I say shoot for the moon and if you hit the stars.. awesome!

When I was a brand new real estate agent, my broker was providing guidance in the art of setting goals for my first year in the business. She started by asking how much money I planned to make.  I answered that I’d like to double what I was earning in my old job with the federal government , and that was at the top of the government pay scale.

But there was a problem, she thought.  Such an ambitious goal might not be realistic, and I could frustrate myself trying to reach it.  Perhaps, she suggested, that I could plan to equal my previous earnings during my first year.

I decided to ignore her advice.  And I failed to make my “unrealistic” goal.  But I missed it by only a few thousand dollars.  So here’s the math.

I certainly didn’t feel like a failure because I didn’t quite reach my goal.  And my manager was pretty stunned when the final numbers came out.

And I had to wonder.  I’ve always been pretty goal oriented.  If I’d set a lower goal, would I have worked so hard and earned as much?

Of course, setting the goal is just one part of meeting it.  You also need a plan.

Oh, and you need to get out from behind your computer and list and sell houses!

Goal setting has always been a problem for me....I work on it, but just can't visualize, etc. 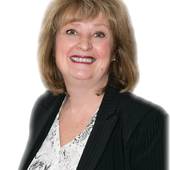