Some great stats backing up why I also refuse to shop at WAL-MART!

Wal-mart is by far the largest store on the planet. Americans spend $36 MILLION every hour of every day at Wal-Mart!

Target will all year!!! In fact, Wal-MArt is bigger than Home Depot, Kroger,

Sears, Costco and K-mart combined.  Wal-Mart is the largest company in history. and they did this in only 15 years. During this time, 31 Supermarket chains

filed for bankruptcy. Wal-mart now sells more food than any other store on earth. 7.2 BILLION purchases will be made at Wal-Mart.

The population of the earth is about 6.5 billion.

Most can't speak English and 1.2% make a living above the poverty level.

As a result of this and other factors, Wal-Mart earns $36 BILLION a year in profits. 92% of everything Wal-Mart sells, comes from China.

Another 4% comes from Chinese-owned companies in the U.S. or 3rd world countries.

The official U.S. government position is that Wal-Mart's prices are no lower than anyone

else's when compared to a typical families's weekly purchases. HUH?

Personally, I make enough money that I don't whenever possible

buy goods that are manufactured by countries with poor human rights,

or use children, convucts and slave labour to produce their goods.

It's really, really tough; but it's I stand I have taken.

Just as an aside; if you don't think God has a sense of humour...

go into any Wal-Mart store and spend 30 minutes "people-watching".

Emer--Thanks for reblogging Terry's post as I missed it. My mother dislikes Walmart, too. 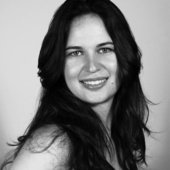