It's that time again...the time to make plans, make resolutions and otherwise try to tidy up one's life.  Every year it comes around (with increasing speed!)...and this year, especially, I feel like I have whiplash, it has gone by so quickly.

Last year, I promised to do things differently than the year before (figured that was a resolution I could keep as I got a year older and the dates were different).  I also promised myself to forget about resolving to do the things that are never going to happen (e.g. losing 75 pounds, taking flying lessons, becoming prom queen)...failure is not motivating!

But this year, I want to make more specific resolutions that are achievable.  After all, with each passing year I come to realize that life is not infinite and there isn't as much time to procrastinate as their used to be.  So, here they are:

So here's to 2009 - you were challenging, character building and unprecedented - and here's to 2010 - may the promise you have hold true and may I look back at these resolutions and claim success!

Wonderful resolutions. I may borrow some. Best wishes for a Happy New Year. 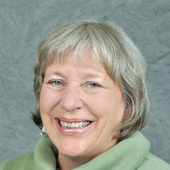